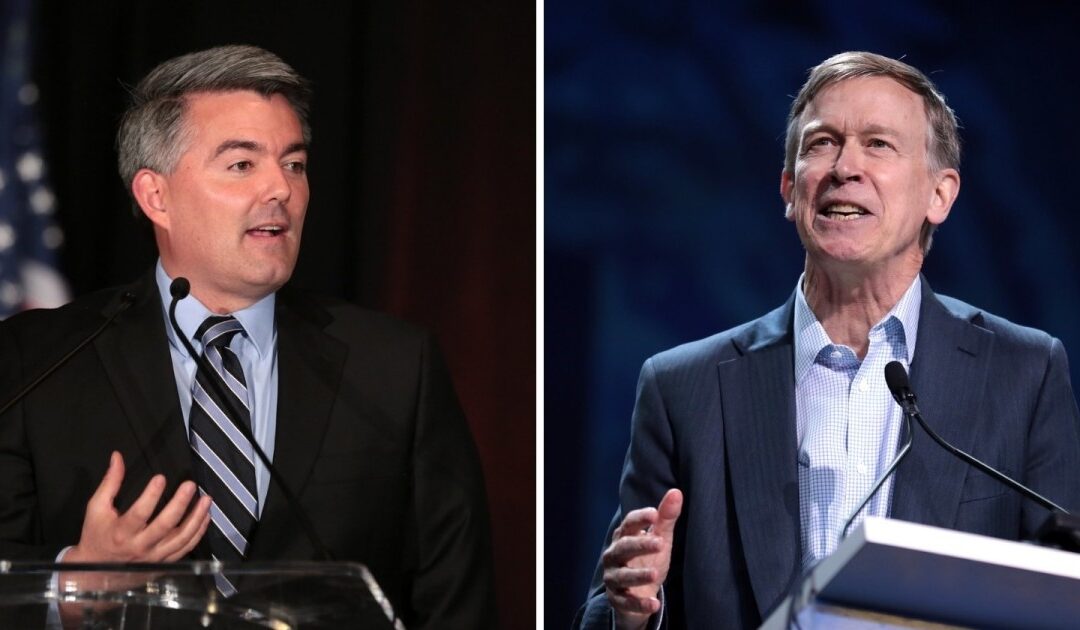 Republican U.S. Sen. Cory Gardner and former Democratic Gov. John Hickenlooper spent more than three hours together in recent weeks trading attacks and making their pitches to voters. If you didn’t watch all three of their debates, here are some of the main takeaways to catch up on.

Lagging in the polls, Gardner is trying to make the race about character.

At their first debate in Pueblo, Gardner spent most of his time painting Hickenlooper as someone who cared more about himself than voters. He questioned whether Hickenlooper, who once said he wasn’t cut out to be a senator, really wants the job.

He also criticized him for being fined by a state ethics board for accepting free flights and gifts.

“You violated the state constitution, John,” Gardner said in one exchange.

Hickenlooper has also repeatedly called the ethics complaints a “political stunt” driven by a former Republican rival. And the charges didn’t stop voters from choosing him over Andrew Romanoff in a competitive primary race. Gardner is betting voters still care.

Gardner’s focus on Hickenlooper’s character comes as every major poll shows he is trailing the former governor in a state that only elected Democrats to statewide offices two years ago.

Health care policy is one of their biggest contrasts.

Both men agree something needs to change with the current health care system. But they differ in their views on the Affordable Care Act.

Hickenlooper said Gardner is lying to residents when he says he has a plan to protect people with pre-existing health conditions.

“It’s like getting a colonoscopy at the DMV,” Gardner said.

He also criticized Hickenlooper for allowing health care premiums to increase during his time as governor.

They don’t see eye-to-eye on the pandemic response.

The candidates’ first debate kicked off just hours after President Trump was hospitalized with COVID-19. And it was clear they had very different views of how he’s responded to the pandemic. Hickenlooper isn’t a fan, saying Trump has been negligent.

“And because of that we have just about the worst problem, the worst economic damage of any industrialized nation in the world,” he said.

Gardner touted his votes to provide federal aid, such as the paycheck protection program. He also said he worked with Gov. Jared Polis to secure additional testing kits from South Korea.

Is the loss of coal jobs a good thing? Depends on which candidate you ask.

Gardner and Hickenlooper also are far apart on energy policy. Hickenlooper is supportive of the country’s push to use more renewable energy, saying it will lower heating and electricity bills, and also benefit the economy in the long run.

“We are going to transition to a clean energy economy, and it’s gonna make six times more jobs than we lost,” he said.

But Gardner said the country shouldn’t transition to cleaner sources of energy at the expense of the economy.

As the candidates debate on the issue, many Colorado communities are already planning for a future without coal,

Residents in Nucla and Naturita are working to replace the coal jobs they have recently lost with outdoor recreation and tourism attractions.

They don’t agree on any of the big statewide ballot questions.

Hickenlooper supports a proposal to create a statewide paid family leave program. Gardner said he is still undecided because he wants to learn more about the potential impact to businesses.

National popular vote? Hickenlooper is a yes. Gardner is a no.

Gardner supports Proposition 115, which would ban abortions in the state after 22-weeks of pregnancy unless the mother’s life was at risk. Hickenlooper opposes the restriction.