Affordable Housing Developments Are Going Up In Southwest Colorado. But They Can’t Solve The Housing Crisis Alone. 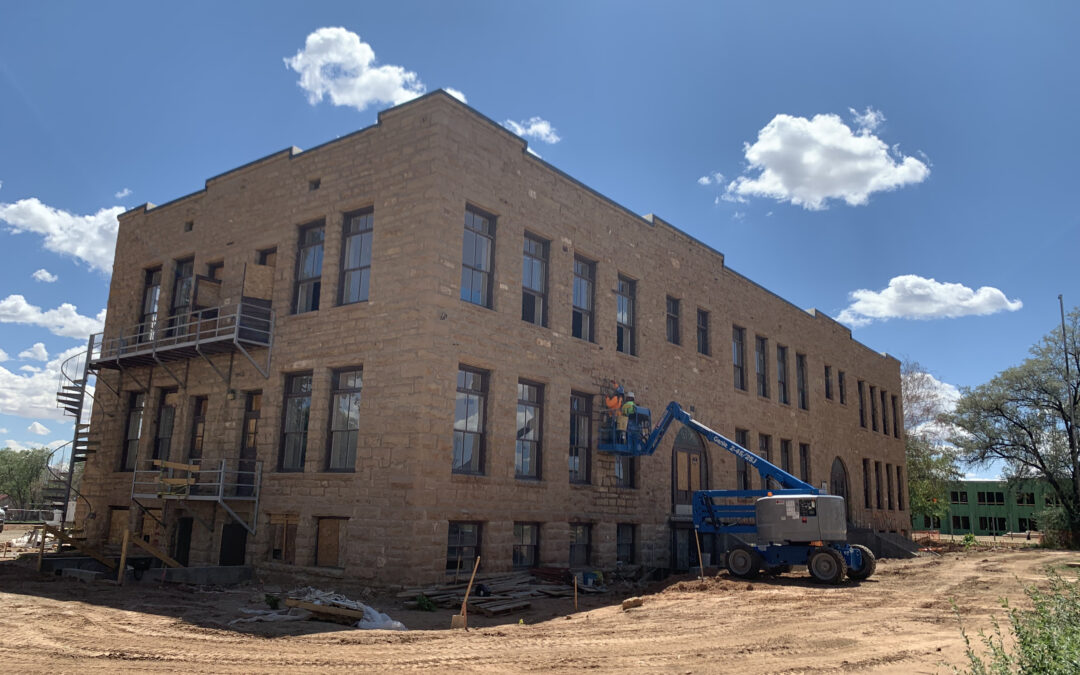 Photo: The housing complex being built by the Montezuma County Housing Authority will include about forty units, but won’t be move-in ready for at least a year. (Lucas Brady Woods/KSJD)

Southwest Colorado is facing a housing crisis just like many other rural communities across the Mountain West. To combat the problem, local organizations in the region are building affordable housing developments. But the housing crisis is a complex issue, and additional housing inventory won’t solve it alone. For Rocky Mountain Community Radio, Lucas Brady Woods has this report.

In Southwest Colorado’s Montezuma County, what little housing is available, just isn’t affordable for many residents. Rents are being pushed higher and higher because there’s such low housing inventory in the region.

Kellie Willis is the Executive Director of the Pinon Project Family Resource Center, a nonprofit that provides a variety of services to Montezuma County residents.

“Folks can’t afford our high rents,” says Willis. “Our wage scale here is fairly low. So we’ve got folks that just literally are paying way too much of their income to stay housed.”

The organization has a handful of subsidized housing units available for low-income residents. Willis says it also has plans to build a fifty-unit affordable housing complex in Cortez, the largest municipality in Montezuma County. Tenants there will have a portion of their rent covered based on their income.

“Everybody regardless of income, 30% of their income, if they have it, is what their rent remains,” says Willis. “And it’s not transitional housing, so it’s not time-limited. People can remain there as long as they need to.”

Housing projects like this take time though, and the Pinon Project’s development hasn’t even started construction yet. Willis says it’s still looking for financing. That means it won’t be move-in ready for another two years at least.

Another affordable housing project in the area is being built by the Montezuma County Housing Authority. That project will include about forty units, but won’t be finished for a while either. According to the Housing Authority’s executive director, Terri Wheeler, it won’t be move-in ready for over a year.

On top of that, resources are especially scarce in Southwest Colorado for people who are experiencing housing emergencies, such as homelessness or unsafe living conditions. And the few that are available are only temporary fixes.

“There’s really not a lot of options for the unhoused,” says Willis. “Hopefully, we have put what I think is probably a bandaid on a lot of our emergency needs for housing.”

Even when the affordable housing projects are finally built, they’ll probably only scratch the surface of the housing crisis. The city of Durango, in neighboring La Plata County, is the closest population center to Montezuma County.

Carie Harrison is the head of Oak Tree Resources, an organization that helps youth find housing in the city. She says that Durango already has several subsidized apartment buildings, but that they didn’t make much of a dent in the housing crisis.

“Even though we have the affordable housing built in Durango, they’re all sitting full,” says Harrison. “And we don’t have the supply available that is even close to being affordable.”

“Whether it be the young person I’m working with, or a 30-year-old, working adult who still can’t afford a place to rent, they don’t qualify for affordable housing, and they’re floundering,” says Harrison. “They’re sleeping in their car or they’re couch surfing because they can’t find that stability that a rental will bring.”

Dr. Benjamin Waddell is a professor at Fort Lewis College in Durango. He studies poverty and systemic inequality, and he thinks that people need to shift their thinking when they consider possible solutions to the housing crisis. For example, he says there are some concrete steps communities can take to redistribute some of the wealth that’s concentrated around housing.

“One of the ways that towns like Durango need to look at this is by looking at lodges taxes,” says Waddell. “I think they need to be more aggressive.”

He also says it’s important to remember there are factors outside the housing market that are interrelated with the housing crisis.

He says that, if members of a community can’t afford to access essential services because their wages are too low, they can’t change their economic situation. And that creates inequality in areas like housing.

Carie Harrison, back at Oak Tree Resources, also thinks people need to start shifting the way they think about the housing crisis.

Because she says, anyone, including her own family, could be one paycheck away from housing insecurity.