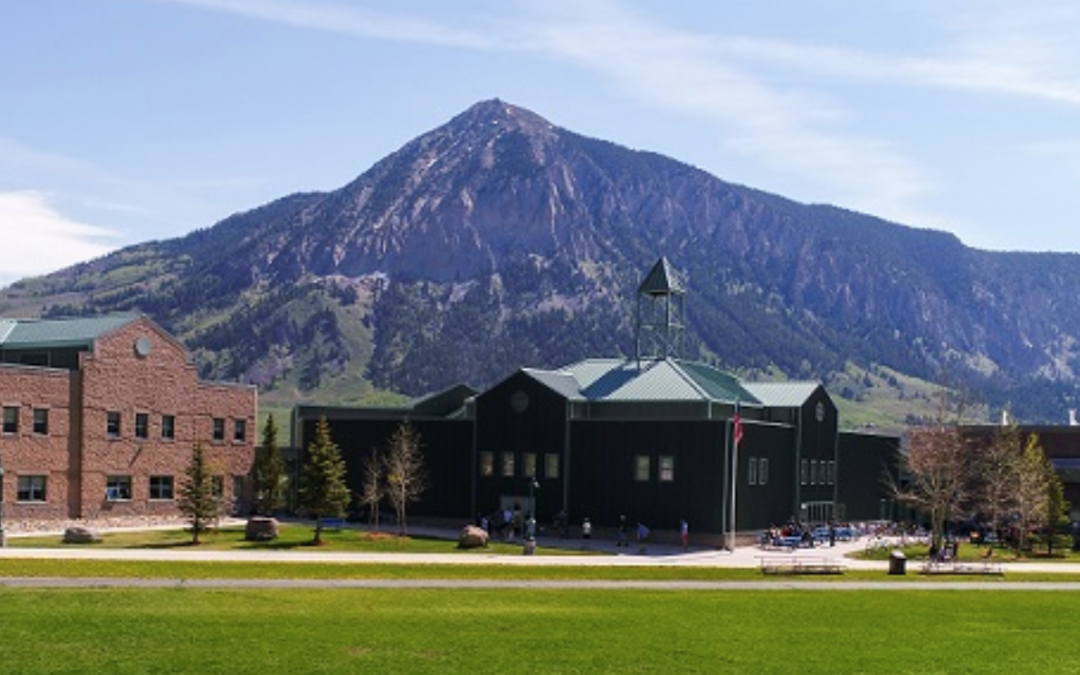 Ahead of the launch of a new school year in the Gunnison Valley, Superintendent Leslie Nichols is confident that the Gunnison Watershed School District is prepared to respond appropriately to emergencies including the possibility of gun violence.

“Gunnison Watershed has an emergency management plan that is cited across the state as being a model, especially for rural areas,” she told KBUT.

She also said the District is unique among rural districts in its employment of a half time emergency manager; and that relationships with emergency responders are strong. The district has already hosted an interagency training “. . . to kick off the year with all of our counselors, all of our assistant principals, all of our principals as well as representatives from Mt. Crested Butte, Crested Butte, the City of Gunnison, the Sheriff’s Office and State Patrol — all in the same room, working together. We did a tabletop exercise around reunification, and then also went over the highlights of our emergency management plan.”

“And so I think the main point is that we take safety seriously and we’re a well-prepared districts. There’s no way that we can mitigate for every single possibility that could happen,” said Nichols, who also said that the community can help, “. . . both in sharing information that they hear about and then also understanding and trusting us when an incident occurs that their best job as parents and community members is to stay in touch with information as it unfolds and support us and doing our jobs by not showing up at the school until requested.”

The District uses a system called school messenger to deploy information to parents. They’re automatically signed up for phone, email, and or text notifications as part of the student enrollment process. Nichols says the district is looking to expand its reach.

“One of our goal areas actually in emergency communications is to establish our presence on social media so that we’re also getting our important information out over Facebook and Twitter,” Nichols said. “And that’s coming. not quite there yet. But the school messenger does a great job, and law enforcement and other agencies are engaged with that system as well.”

In the midst of a string of mass shootings, including at schools in Texas and Florida, the 2018-19 school year only added to Colorado’s dark history of school shootings. It was only three months ago that Kendrick Castillo, a student at the STEM school in Highlands Ranch died while attempting to stop a shooter at his school. In April, a teenager from Florida reportedly infatuated with the Columbine Tragedy got off a plane in Denver and bought a gun, prompting school closings and a state-wide hunt for the teen who ended up taking her own life. Here in the Gunnison Valley, social media posts by a former student led to a lockout at the Crested Butte Community School that was eventually lifted without incident.

At the onset of the 2019-20 school year, two schools in Colorado have already gone into lockdowns because of possible firearms on school premises. I asked Nichols to reflect on the story of Kendrick Castillo in particular, and how she as school administrator reacted.

“I mean, it gives me chills just to think about that story again. And you know, I come from an EMS background myself. I’m an EMT. Maintaining seen safety and taking care of yourself first makes a lot of sense. Because if you throw yourself in harm’s way, and you can’t be part of the solution, then you become part of the problem. And so I have that mindset broadly in managing a couple of thousand kids and a few hundred employees if something gets serious at one of our campuses. I think that sometimes opportunities present themselves in ways that are just unpredictable.”

“We don’t train kids to do what Kendrick did. We want to keep everybody as safe as possible and rushing a shooter is a risky choice. And while there were some obviously incredible, heroic results from that act, that life was lost at the same time was tragic.”