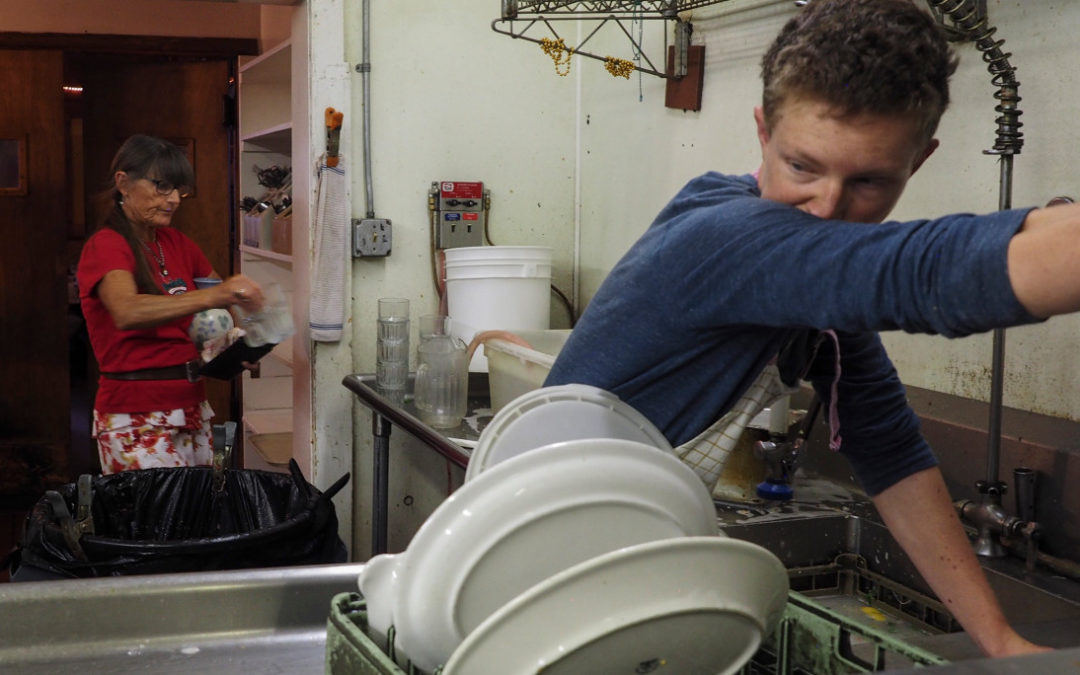 By Nancy Lofholm/ The Colorado Sun

Photo: Liam Price, 16, washes dishes in the kitchen of Donita’s Cantina as owner Kay Peterson Cook works in the background on August 10, 2019. After 30 years in the historic Elk Mountain House building, Cook is closing Donita’s in September. The lease went up 50% Cook said, and that along with a shortage of labor is causing her to close. Already short-handed, Cook closes Donita’s twice a week to save money. (Dean Krakel, Special to The Colorado Sun)

CRESTED BUTTE — Crested Butte is jammed with visitors during this former mining town’s busiest time of year. Impatient drivers fume on the clogged 15-mile-per-hour streets. Lines string out of restaurant doors. Espresso machines belch incessant steam as baristas race to fill cups. And the bins at ice cream shops are scooped to the bottom.

And yet, in all this commercial hustle and bustle, “Closed” signs dangle from the doors and windows of some of this town’s busiest shops. There aren’t enough workers to stay open full-time. Some businesses are having to shut down early, open late, or keep the doors closed for one or two days a week.

It would be even worse, business owners say, if it weren’t for the kids.

Crested Butte’s teens have stepped up and taken jobs at local businesses in numbers not seen before. This year a majority of the incoming freshman class of 72 students at the Crested Butte Community School is up to its elbows in dish water, scrambling to bus tables, ringing up sunscreen and T-shirt sales, and stocking shelves. Many are saving up wages — reportedly equal to what older hirees are paid — for a school trip to Scotland next year.

Read more via The Colorado Sun.

The Colorado Sun is a reader-supported news organization dedicated to covering the people, places and policies that matter in Colorado. Read more, sign up for free newsletters and subscribe at coloradosun.com.