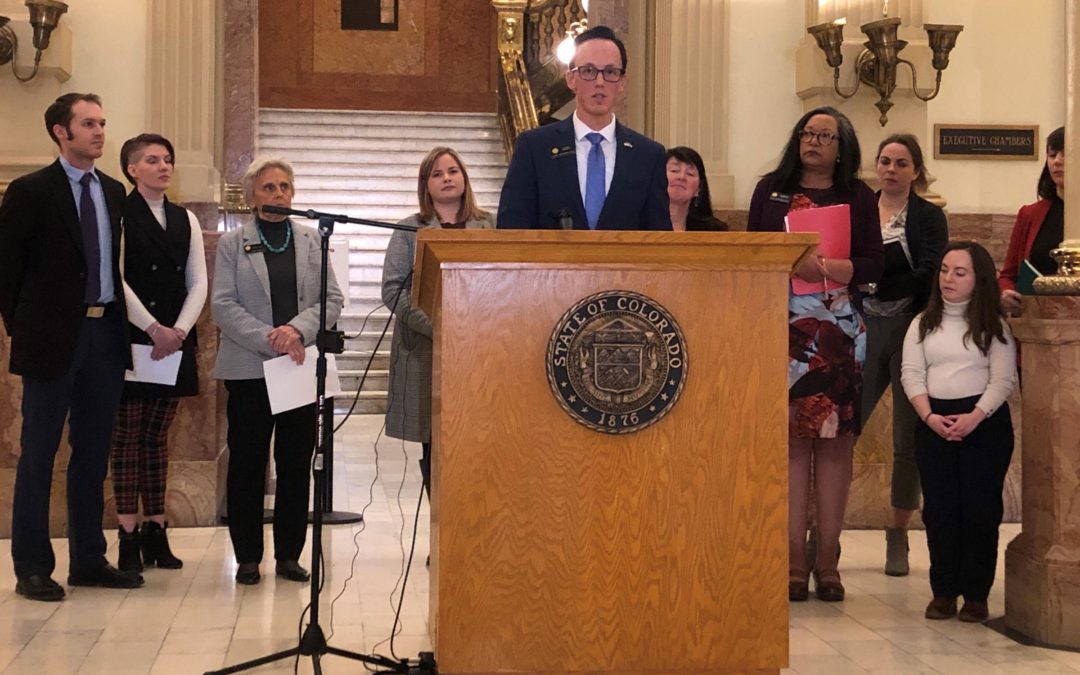 As Gov. Jared Polis and Democratic lawmakers wage a war with hospitals over the rising cost of health care in Colorado, many residents like Jamie Harrison are still stuck paying high premiums on the West Slope.

“I think paying $1,700 a month for an insurance policy I don’t use is not sustainable,” Harrison said last week after finishing a day of skiing in Beaver Creek. “Something has got to give.”

If Harrison, a retired lawyer in Eagle, injures himself skiing or needs any other medical care, his insurance policy won’t start to help cover the cost until he has spent about $6,500 out of his own pocket. But he doesn’t have any other options because there is currently only one insurance carrier he can choose on the state’s individual market.

“The only benefit I got from the payment I made to the carrier (last year) was a physical and maybe a vaccine,” Harrison said. “So that was $24,000, ya know, I can’t say that’s down the drain, but it’s awful hard to swallow that I’m paying that much money and I essentially got nothing for it except for some peace of mind.”

Harrison did see some relief in the form of lower premiums this year after the recent passage of a reinsurance proposal. But he still is being forced to pay significantly more for his insurance simply because of where he lives in the state.

And he says he forgoes some travel because of the rising cost of health care.

Other residents in his community aren’t as lucky and are being forced to choose between their housing payments or health care, he said.

Harrison is one of the residents Rep. Dylan Roberts, D-Avon, says he’s fighting for as he pursues a public health insurance option.

Under the measure, the state would dictate how much hospitals could be reimbursed under a new insurance plan.

Roberts hopes that by adding another insurance option in the 22 counties that currently only have one to choose from, there will be more competition, leading to lower prices.

The Colorado Hospital Association says such a plan could result in less patient choice and “destabilize” the insurance market.

And groups tied to hospitals and insurance companies are spending thousands of dollars on advertisements attacking the public health insurance proposal.

Multiple calls from Rocky Mountain Community Radio to the Colorado Hospital Association to discuss their opposition to the plan were not returned.

Roberts says he won’t be deterred by the negative ad campaign.

Roberts added that a public option is a “way we can lower insurance premiums and give people choice they desperately need, especially in western and eastern Colorado.”

He’s also getting some backup from Gov. Polis, who has been critical of hospitals for attacking the measure. This month, the Polis administration released a report showing hospitals in Colorado have seen their profits jump more than 280% in recent years while patients have been forced to pay higher costs.

Back in Eagle County, Jamie Harrison is waiting for change.

Lawmakers have spent years studying how to help residents on the West Slope and Eastern Plains get relief from high insurance premiums.

They have rejected previous proposals to combine all the insurance zones in the state into one so that Front Range insurance plans are not significantly cheaper than ones in regions with fewer hospitals and less competition.

“Change has to happen and one of the things that I admire about my representative and my state in particular is he is saying what I think is true and that is the states need to be the crucible for experimentation, and Colorado is in a position where we may be able to do something different,” Harrison said. “Now there is always the possibility it doesn’t turn out as good as we want it be. And maybe it turns out to be not good. But we’ve got to do something. Let’s get something together so we can at least see what the impacts are and modify it as we go along.”

Harrison thinks a public insurance option could help him and his community.

“We need an entity on the other side that’s an effective negotiator for me and the other consumers, and it seems to me a public option could be a way to get that sort of bargaining power that, to my mind, is still missing,” he said.