As Winter Approaches, All Eyes Turn Toward Rocky Mountain Snowpack 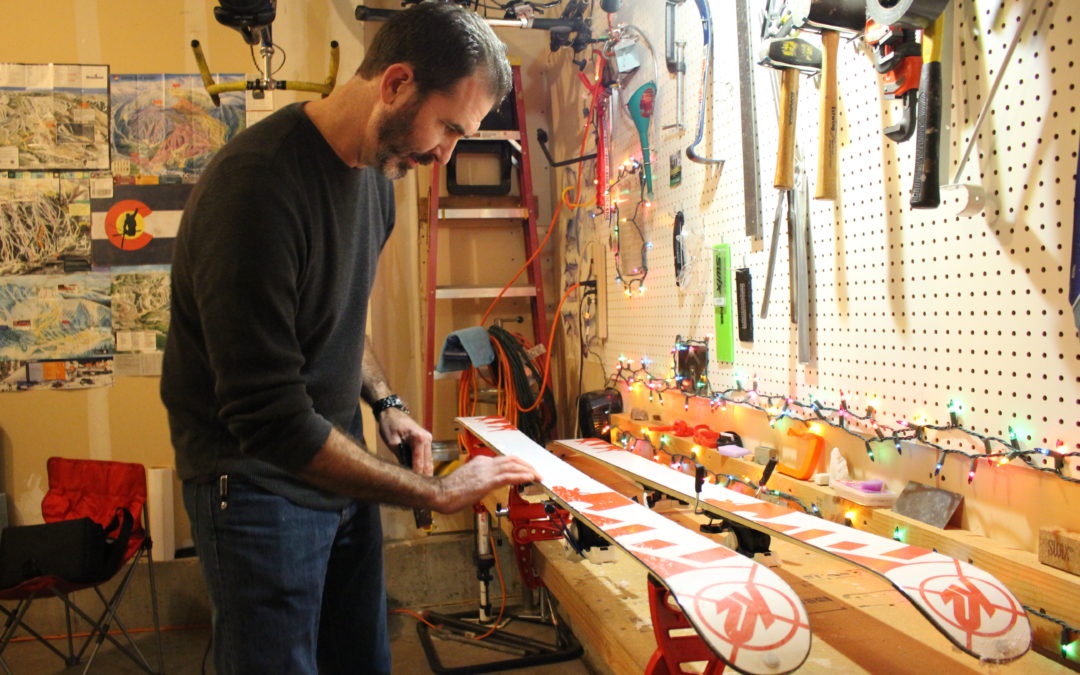 The West’s water security is wrapped up in snow. When it melts, it becomes drinking and irrigation water for millions throughout the region. A high snowpack lets farmers, skiers and water managers breathe a sigh of relief, while a low one can spell long-term trouble.

The most recent seasonal forecast from federal forecasters at the National Weather Service’s Climate Prediction Center shows much of the Colorado River watershed with equal chances for either above or below average precipitation from December through February. Northern portions of the basin are slightly favored to see precipitation above average, while its southern reaches are projected to see below average. Winter temperatures are set to be higher than average.

The winter bellwethers of El Niño and La Niña are absent this season. The large-scale climatic condition where longterm weather patterns are determined by the Pacific Ocean’s temperatures are in neutral conditions, making already uncertain seasonal predictions for the Colorado River watershed even moreso.

The early season spikes in snowpack totals are promising — the river’s Upper Basin is currently at 125% of average — but those who watch it closely are only cautiously optimistic.

The start of winter doesn’t smell like fresh pine trees or burning logs in the fireplace for Brian Varrella. It smells like melted crayons.

Varrella’s pre-winter ritual involves vice grips, a work bench and a tiny electric iron. For a month prior to the ski season’s start, Varrella posts up in his Fort Collins, Colorado garage to wax skis from his own collection and his friends. His work area is adorned with a string of multi-colored Christmas lights.

For Varrella, an engineer with the state’s Department of Transportation, the routine of dripping wax, curing, scraping and brushing is a way to mentally prepare for the season ahead.

“I’m not really thinking about anything except skis and snow and getting outside with my friends and that’s it,” Varrella said.

His thinking goes: if you wax it, the snow will come. Varrella’s hoping for a repeat of last winter, which was one of the most abundant for the southern Rockies in the last decade.

“Now, I admit, this year I didn’t put the stuff away,” he said. “I left most of my tools out. We actually skied into July 4th.”

Varrella is but one water user in a much wider web. The snow he skis on in December will be filling streams and causing wildflowers to bloom in June. It’ll also boost reservoirs that more than 40 million in Southwest depend on for municipal and agricultural demands. But at the start of each ski season, there’s no certainty how the season will shape up, with plenty of fates hanging on each storm that tracks over the mountains.

“I used to wonder, is it going to be a great snow year?” Varrella said. “Am I wasting my money going up in the mountains to play? Anymore I don’t worry about it.”

Varrella says people in the recreational community can have a selective memory when it comes to snow. They tend to only remember the good times, and forget the years cut short by a lack of snow in the mountains. It’s the opposite for those in charge of using that melted snow to keep faucets flowing in Arizona.

“It’s visceral, right?” said Kathryn Sorensen, director of Phoenix’s water utility. The city gets more than 30% of its water from the Colorado River. “Because so much of what we do depends on the availability of water and hydrology that yeah, it’s almost like a gut emotional reaction to both good years and bad years. Yeah, I do feel that.”

“We’re always hoping for good snowpack and when it’s absent, sure, we get nervous,” Sorensen said. “But that’s why we plan methodically for worst case scenarios so that we are prepared, come what may on the Colorado River watershed.”

But while it’s important to keep an eye on year-to-year snowpack to get a sense of what short-term impacts might be, University of Colorado-Boulder and Western Water Assessment researcher Jeff Lukas says you also need to look at the watershed as a whole.

“Any one year does not set the whole system into either crisis or into recovery,” Lukas said.

Whatever happens this winter — high snow, low snow or somewhere in between — he says it won’t cause the Colorado River’s biggest reservoirs to rise or fall in any dramatic way. That takes back-to-back years of extreme highs or lows. The two largest reservoirs — Lakes Powell and Mead — are both so large and managed in such a structured way that only consecutive years of extremes cause large system-wide changes.

“There’s no good that comes from a low runoff year like 2018,” Lukas said. “But it’s not the end of the world, especially if you’re lucky enough to have that followed with a high runoff year like we had in 2019.”

And if 2020 brings another high snowpack year, that doesn’t mean the Colorado River is out of crisis mode. It just means we’ve kicked the can down the road because over the long term, climate change is diminishing snowpack across the West, Lukas said.

“And increasingly, we’re seeing unprecedented conditions relative to the last 100 or 120 years of record,” he said.

“There’s there’s an erosion of the value of the past as a guide to the future.”

Back in Brian Varrella’s garage, the newly waxed skis are fully cured. He picked up a plastic tool to scrape off the excess. With a good start to the ski season, he’s pretty pleased.

“Can you make a prediction of whether it’s going to be a good year or a bad year for snow, or is it still too early to say?” I ask.

“My prediction is this is gonna be a fantastic year,” he said. “We’re off to a good start, man. We’re going to keep that momentum going.” 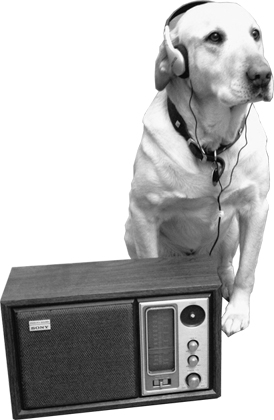 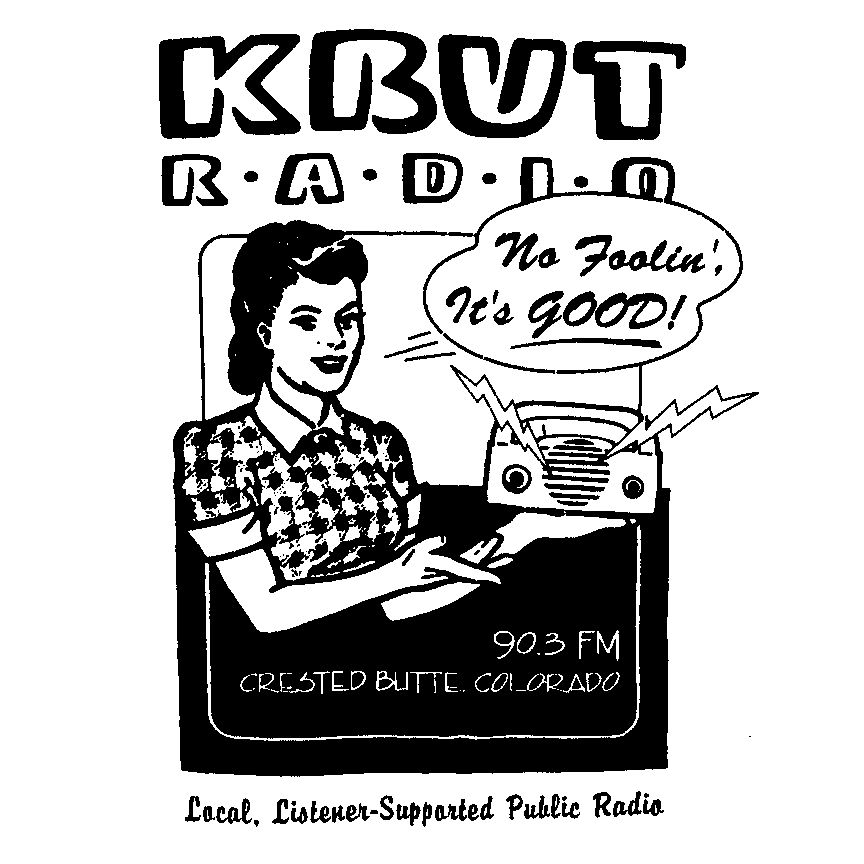 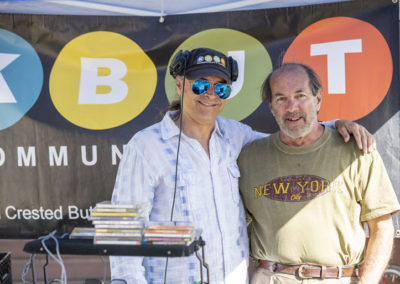 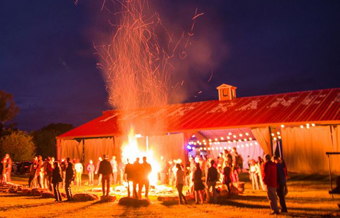 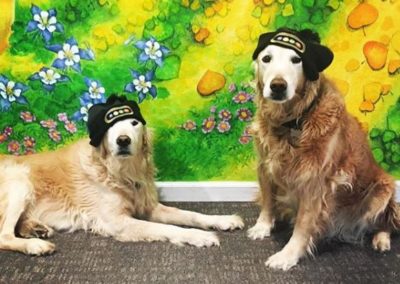 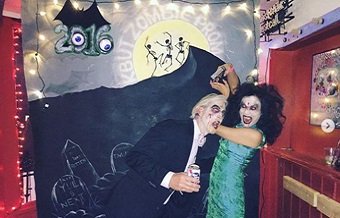 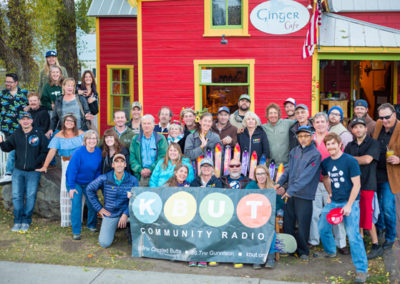 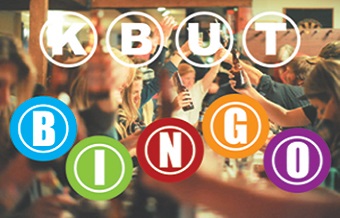 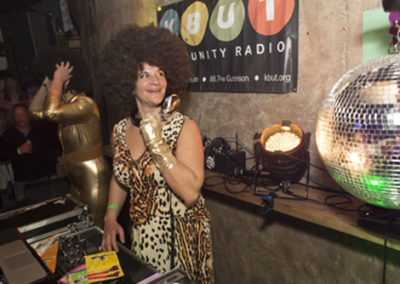 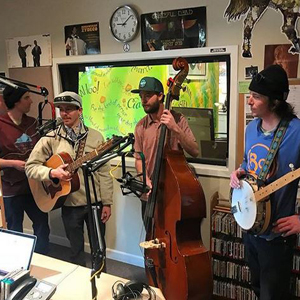 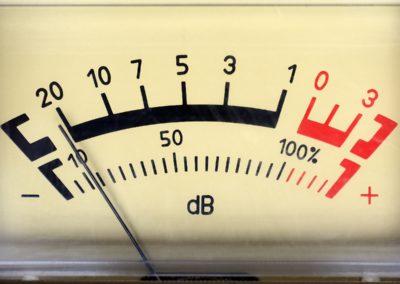 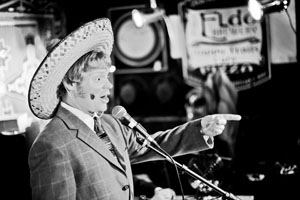 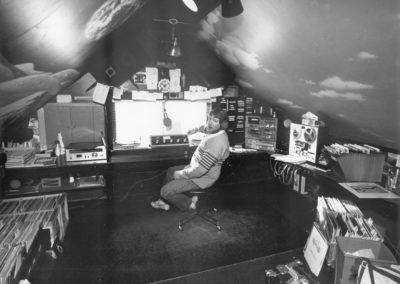 Bob Brazell, also known as “Lonesome Bob,” behind the controls of Earth Station Radio on December 13, 1980. 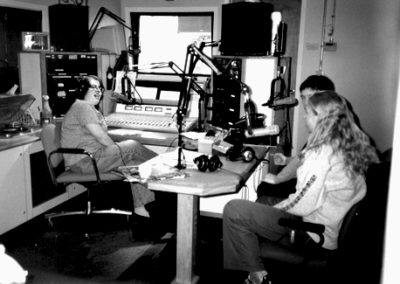 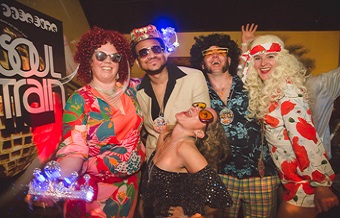 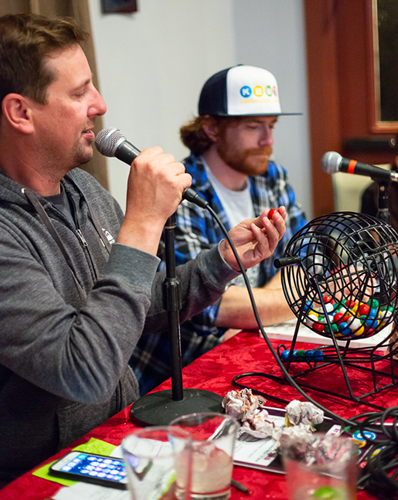 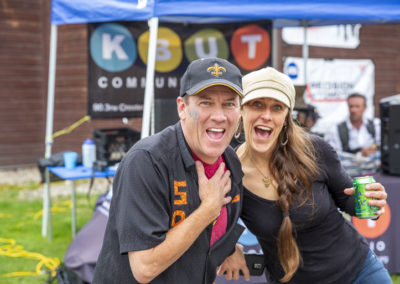 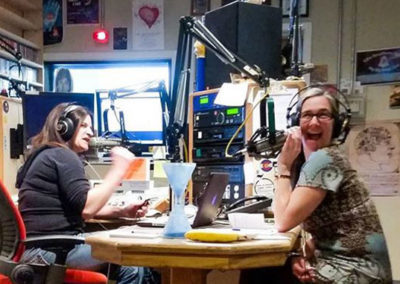 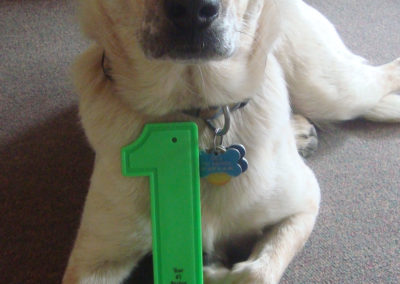 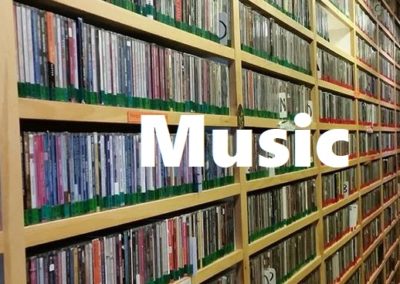 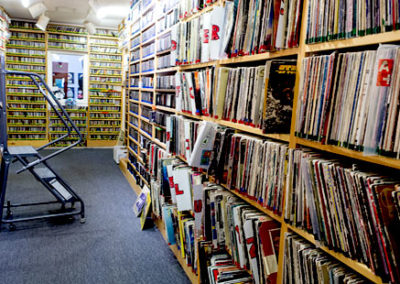 Today is Giving Tuesday, a national day of giving that began as a way to push back on the commercialism that has taken over the holidays. KBUT is commercial free every day, thanks to the thousands of listeners who contribute throughout the year. Join them by becoming a KBUT Member or Sustaining Member below.