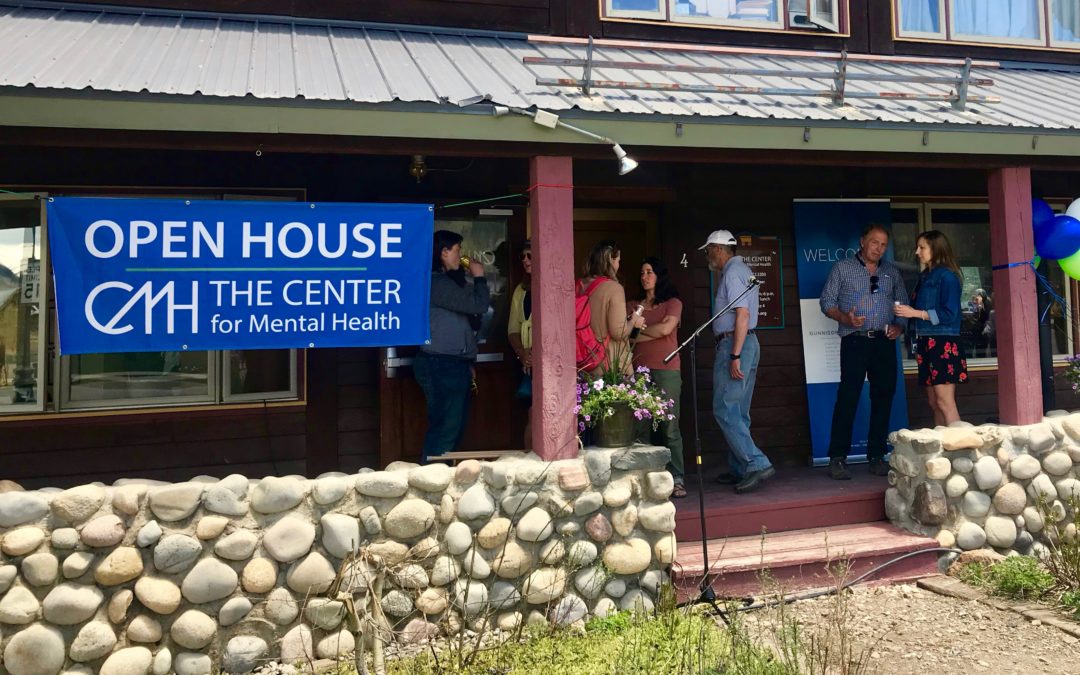 Photo: The Center for Mental, in partnership with Gunnison Valley Health, opened a new facility in Crested Butte in May 2019. Credit: Christopher Biddle

“Since we opened the Crested Butte facility in late May of 2019, we’ve seen just consistent walk-in volume,” said Behouneck.

“We are at the point where we’re going to start talking about having our therapist Sarah Kramer up there more than three days a week. So that’s also a positive because there’s enough interest to do that. Myself and other staff have gone up just to do intakes to help reduce the wait time for services. But overall, I think it’s been very well received and we’re seeing people come in for a variety of needs and thankful that there’s some options for services.”

“You know, we’re already booking two and a half, three weeks out, and that’s not good enough,” she said. “So we’re looking to just increase Sarah Kramer, our therapist’s hours up there at this point.”

The Crested Butte facility opened its doors in late May. Local health officials have long said that a behavioral health care facility in the town was needed. Like many other mountain towns in the American West, the region suffers from a higher than average rate of suicide, especially among younger people.

If you or anyone you know is suffering from depression or thinking about suicide, there is help available both locally and from national organizations free of charge. The local crisis support line is 970-252-6220 or you can text HOME to 741741. The National Suicide Prevention Line is 1-800-273-8255.

The Center for Mental Health is a KBUT underwriter.