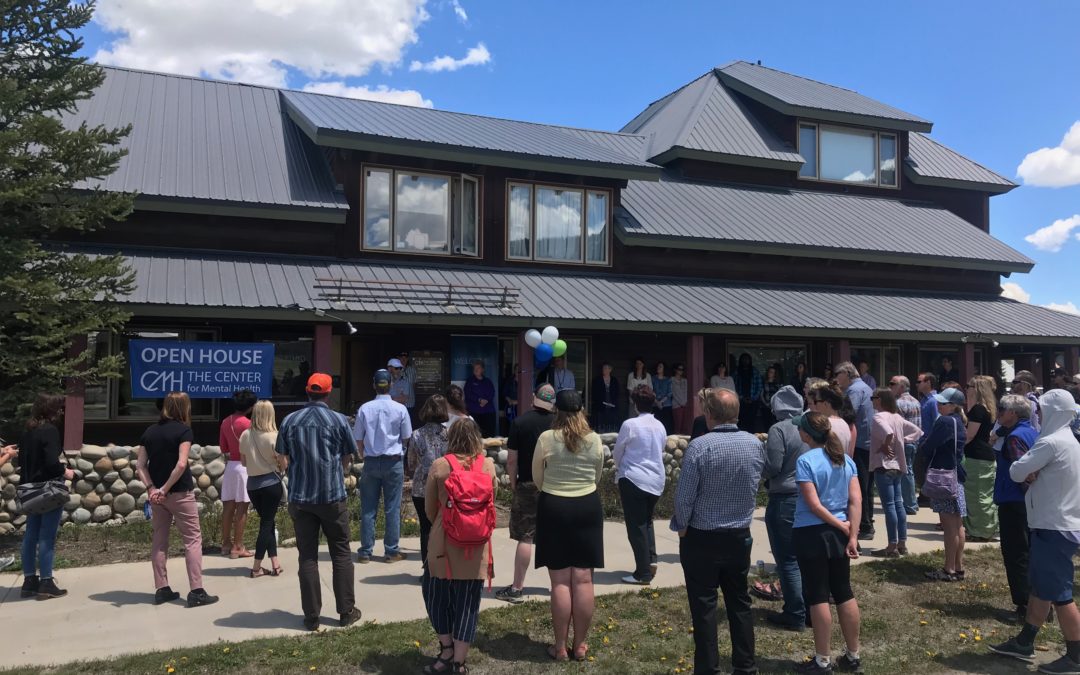 The Center for Mental Health’s new offices opened on Thursday with a ribbon-cutting ceremony in Crested Butte. The new facility is the result of a partnership between Gunnison Valley Health and The Center for Mental Health, and thanks in part to private donations. Paul Uhl helped to raise money to pay for staffing at the new facility. His son Kyle committed suicide in Crested Butte last October.

Health officials in the Gunnison Valley say that a behavioral health center in Crested Butte has been a long-time goal. Like other isolated high mountain communities, the region suffers from a higher than average rate of suicide, especially among young people, according to the American Foundation for Suicide Prevention.

John Tarr is a longtime Gunnison Valley Physician and the chair of the Gunnison Valley Health Foundation, who also played a large role in the new facility. He says that while there have been mental health professionals working in Crested Butte before this, a facility such as this one is most beneficial for lower-income populations.

“The people who may not have the where with all or good health insurance, who probably work in a more entry-level job. They may not be able to afford private mental health services. And in order to access the Center for Mental Health where they can their fees adjusted based on their income and their needs, it added an hour and a half to getting those services because they had to drive down Valley and drive back.

Paul Uhl says that he’s organizing a fundraiser hike slated for some time in September along the popular Maroon Pass trail between Aspen and Crested Butte.