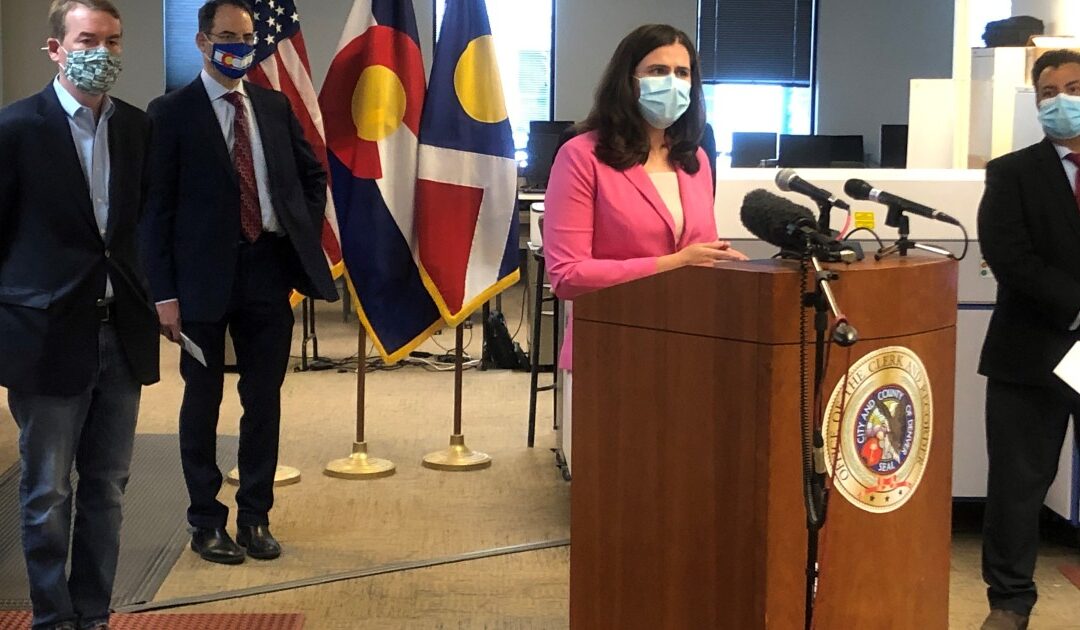 Colorado Attorney General Phil Weiser said Monday he is considering taking legal action against the Trump administration to prevent cuts to the U.S. Postal Service that might threaten mail-in voting in November.

Weiser’s threat comes days after Trump said he opposed providing billions of dollars of emergency funding to the USPS during the pandemic because he does not want the money to be used to expand voting by mail.

Some top Democrats in Colorado, including Secretary of State Jena Griswold, are accusing Trump of trying to suppress voters by opposing the extra funding.

“We’re living at a challenging time,” Weiser said. “It’s a time when all of us have reason to be concerned whether our federal government is following the rule of law, is acting in the service of our constitutional values.”

Weiser said he has been talking to his counterparts in other states about a potential lawsuit over the USPS cuts.

“Efforts by the federal government to undermine our constitutional duty and the individual rights of people to vote is something we take very seriously, so we’re going to explore all avenues to protect our constitution,” he said.

All of the elected officials touted Colorado’s seven-year track record of conducting its statewide elections by mail.

“We here in Colorado can’t figure out why this has been made a partisan issue,” Polis said, noting Republicans used mail-in ballots at a higher rate in the most recent primary election. “Look no further than Colorado, where we have shown that voting by mail is safe, reliable, non-partisan and extremely popular.”

Polis and the other elected officials said they had not heard of any postal service reductions in Colorado that might impact the state’s ability to conduct the mail-in election.

“But we need to be vigilant here,” Bennet said.

Polis said he thinks more voters will use secure drop boxes this year instead of mailing their ballots back.