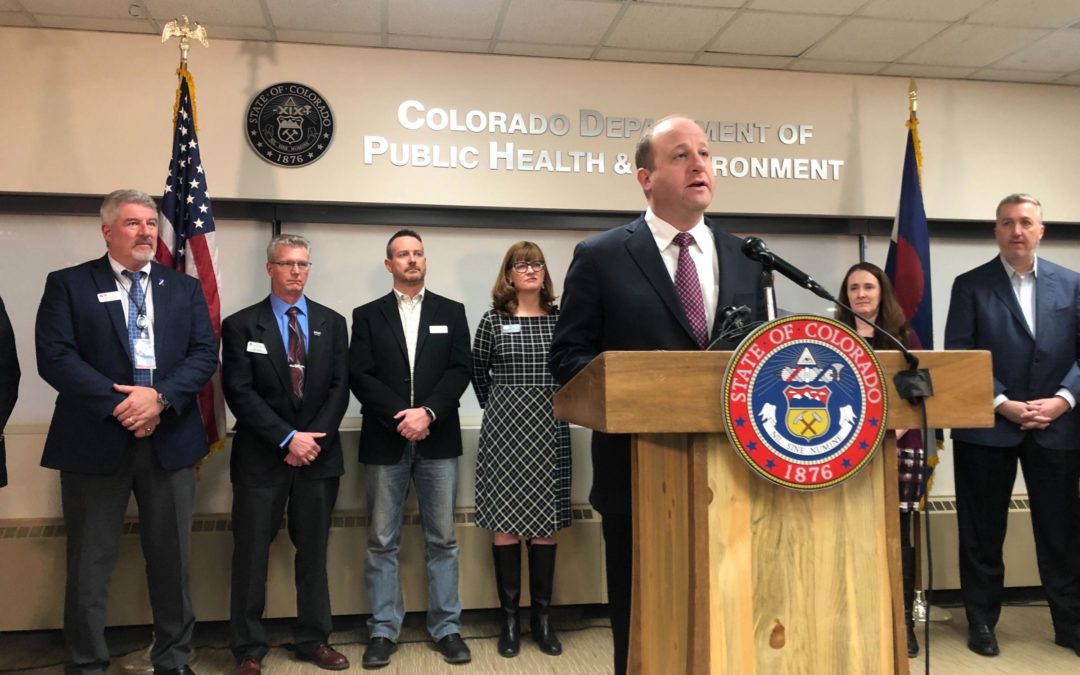 Colorado has its first two “presumptive positive” cases of COVID-19, the illness caused by the latest coronavirus. State health officials on Thursday confirmed an out-of-state visitor to Summit County has tested positive.

According to the Colorado Department of Public Health and Environment, the first case identified is a male in his 30s who contracted the virus somewhere outside the state. He’s being treated in isolation in the Denver metro area. Public health investigators are attempting to track down anyone who might have had contact with the infected man while he was visiting Summit County.

“We have been preparing for this moment, and now we are in the execution phase of this plan,” Gov. Jared Polis said at a news conference Thursday afternoon. “I have full confidence in our state health officials to respond to this threat.”

The man who tested positive had been traveling recently in Italy, where there has been a major outbreak of the novel coronavirus. He flew to Colorado for outdoor recreation in Summit County.

Polis said the man arrived at DIA on Feb. 29 when he was asymptomatic. He added the state has no reason to believe other travelers were at risk.

He said the man’s fiance and two traveling companions are in quarantine as a precaution.

While a state laboratory returned a positive result, the cases still need to be tested by the Centers for Disease Control.

Polis said details about the second person who tested positive for the virus would be released sometime later Thursday evening.

“Coloradans get sick every day, and I don’t want anyone to panic over this,” he said.

He urged residents to continue using best hygeine practices, such as washing hands regularly and staying home when someone feels ill.

“Our hope is that by acting quickly and by acting boldly, we hope that we don’t need additional resources,” Polis said. “We hope we don’t need to invoke a (state of emergency).”

#BREAKING: We have learned of the first presumptive positive case of COVID-19 (coronavirus) in Colorado.

We are diligently managing this situation and will be holding a press conference to update Coloradans with the latest at 4:45. You can watch it live on my Facebook page. pic.twitter.com/D75zji8RBx