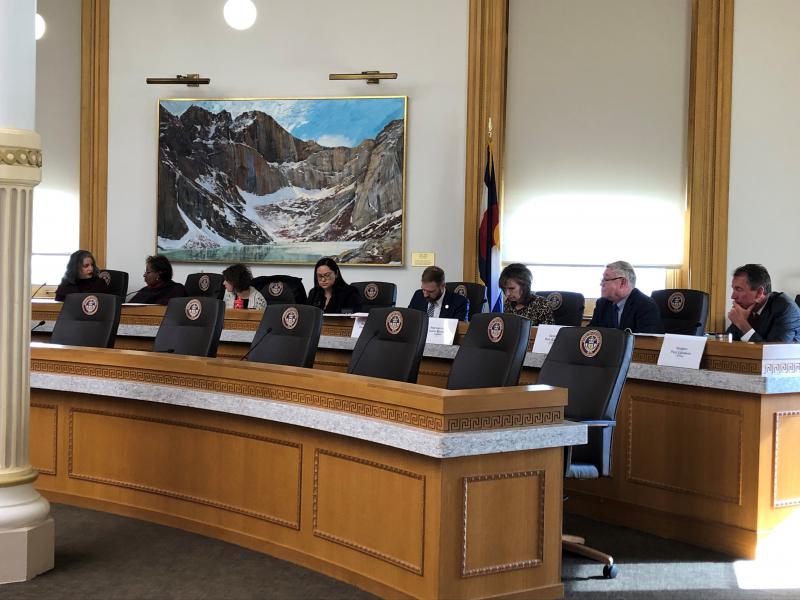 State lawmakers are advancing a bipartisan response to the deadly shooting at STEM School Highlands Ranch that occurred in May.

On Thursday, lawmakers on a new school safety committee approved five bills they think will make schools safer in the wake of that shooting.

All of the measures are heading to the full legislature, which will decide whether to pass them when the session kicks off in January.

Here’s a breakdown of their proposals:

Currently, students in Colorado cannot be excused from school for mental health reasons. Sen. Rhonda Fields (D-Aurora) said the existing rules have been on the books since 1963 and should be updated.

She said the bill would allow students to be excused from school for a variety of behavioral health reasons, including grieving the loss of a relative or pet.

The state of Colorado already trains teachers and school staff to identify mental health issues in their schools. But some lawmakers want to see this program expanded to reach more schools around the state.

The measure would increase the teacher training program budget by $1.5 million starting next school year.

This bill sparked the only drama at Thursday’s hearing.

Republican state senators Paul Lundeen and Bob Gardner opposed the measure, saying they wanted a new school safety working group to decide whether this is the best approach.

“Our kids can’t wait,” she said. “We have kids who are coming into our schools with a variety of different issues. Some of them are coming to school maybe their lights are not on. Maybe they did not eat. Maybe there’s family domestic issues that are happening at home. And they show up in our classrooms. And we’re going to reduce the opportunity for teachers and educators and staff to be trained on how to identify behavior health to a committee?”

The bill passed the committee 6-2. Some members of the audience could be heard voicing their approval when the measure advanced.

Lawmakers want to spend an additional $50,000 to better advertise the state’s anonymous tip line where students can report threats. The tip line received more than 20,000 tips last school year, and has been replicated in other states.

Lawmakers tabled another proposal that sought to allow police to learn the identity of people who abuse the tip line to make a false report.

To remedy this, lawmakers are advancing a measure that would create a new school safety working group to better coordinate efforts across the state.

The working group will have members from several state agencies, as well as four lawmakers.

She notes that since 2009, the state has cut about 60 beds in residential mental health treatment centers for juveniles due to budget constraints.

A measure Beckman and other lawmakers advanced would study this issue to see if the number of beds should be increased in the future.