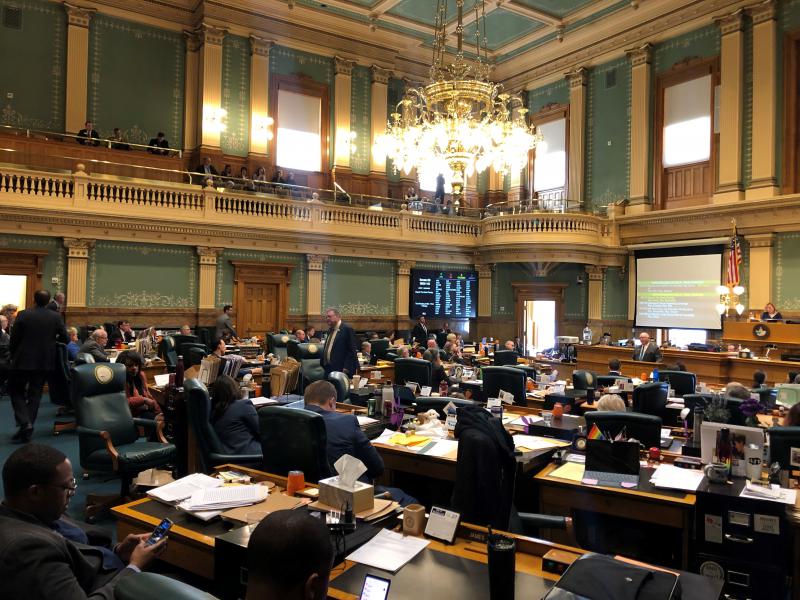 Photo: Lawmakers in the Colorado House of Representatives debate a bill to repeal the death penalty on Wednesday. Credit: Scott Franz/Capitol Coverage.

The final approval on Wednesday came despite opposition from some leading Democrats, including Sen. Rhonda Fields, whose son was killed by two of the three men currently on Colorado’s death row.

In the House, the bill was also opposed by Democratic Rep. Tom Sullivan, whose son Alex was murdered in the 2012 Aurora theater shooting.

But new support from three Republican lawmakers in the Senate ultimately allowed it to pass after a similar bill failed last year.

And Sen. Jack Tate, R-Centennial, said it isn’t a power the state should have.

“I don’t support the state having the power over life and death under any circumstance,” he said.

Gov. Jared Polis said he will sign the bill. He has called the death penalty “archaic.”

But he has not announced whether he will commute the sentences of the three men still on death row to life in prison, or allow their sentences to stand.

Other Democrats who pursued the repeal said it has not been fairly administered and is costly to taxpayers.

“I think we have a broken system and I’m going to do what I can today to help fix it,” said House Speaker KC Becker, D-Boulder, before the House voted 38-27 to pass it on final reading.

Their efforts to put the question to voters failed.

Colorado has not executed a prisoner since 1997, when Gary Lee Davis was put to death after being convicted of rape and murder.