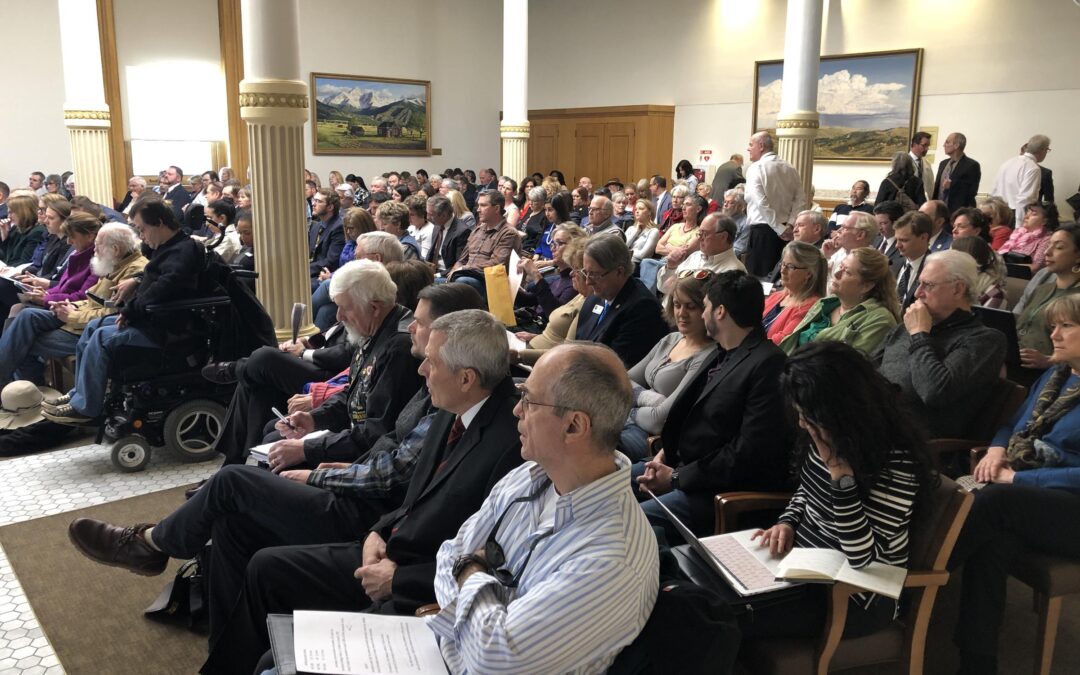 State Rep. Jeni Arndt joined a very exclusive club in the world of Colorado politics last year when one of her bills became so controversial, it triggered the first statewide referendum since 1932.

“I got a lot of feedback (on the bill) … some death threats,” Arndt said of her bill to put Colorado in the National Popular Vote Compact, a growing group of states that want to award their electoral votes to the presidential candidate who gets the most votes nationwide.

In another sign of the bill’s potential for controversy, Gov. Jared Polis signed it into law behind closed doors without the fanfare of a signing ceremony. Then, more than 200,000 residents signed a petition to put the issue on the ballot.

“Of course I hope my bill prevails because I believe in it,” Arndt said this month. “But if it doesn’t, it doesn’t.”

The last time voters gathered enough signatures to challenge a decision made by their legislature, it was 1932 and Coloradans were upset about being taxed an extra nickel for a pound of Oleo margarine. They ended up defeating the tax at the ballot box. But Arndt thinks the national popular vote has a better chance of surviving.

Both supporters and opponents of the national popular vote agree it would change the way presidential campaigns are run. But they disagree over how they would change, and who would benefit. Arndt imagines a more inclusive election where more states felt important.

“They’d have to have a ground game in 50 states. It would change the way they campaigned,” Arndt said.

“Candidates have limited time and limited resources,” she said. “If you’re a Democratic candidate, you probably head out to big cities in New York and California, and you rack up as many votes as you can there. Perhaps you give the environmental lobby everything they want.”

“Without the electoral college, you could see Republicans take a similar tack. You could see them going down to Houston, giving the oil interest anything, they want just to rack up as many votes as you can. And it becomes a contest to see who can promise the most the stuff to their people, their people who already like them.”

Ross has become one of the strongest defenders of the electoral college. She’s part of a nationwide campaign against the popular vote movement, which originated in California. Ross also thinks Colorado, which has been viewed as a swing state in recent presidential elections, would be one of the states with the most to lose.

But John Koza, who leads a nonprofit supporting the movement toward a national popular vote, thinks voters in Colorado and other states in the Mountain West would benefit from the change.

“If every vote were equal, each of the smaller states would be likely to receive one general election campaign event, instead of one state receiving 12 events,” he said in one of many YouTube videos he has posted on the issue.

He says a state like Wyoming would be just as important as New Hampshire.

While the debate continues at the national level, the campaign in Colorado is heating up. It’s the first time voters will decide whether to switch to the system instead of lawmakers.

A “yes” vote on Proposition 113 supports Colorado’s membership in the National Popular Vote Interstate Compact, while a “no” vote would keep the status quo.

Democrats, like state Sen. Mike Foote of Lafayette, are hosting virtual town halls and recruiting sociology professors to help make their case for changing the system. Foote sees moving to a popular vote as an expansion of voting rights.

“We now do presidential primary voting. We even allow 17-year-olds to vote if they turn 18 by the general election. The national popular vote is the next step,” he said.

Republicans are holding their own rallies and calling thousands of volunteers to vote against the proposition. Mesa County Commissioner Rose Pugliese thinks voters will end up rejecting the move to the popular vote system.

“Our over 2,200 grassroots volunteers are the ones who helped us get this on the ballot, and we are confident they are going to help us win it,” Pugliese said.

She also says Colorado’s influence over several important issues are at stake.

“We do not want to cede our voice and our vote to larger population centers like California and New York because we in Colorado have the ability to influence national policy over water, infrastructure, transportation, and different funding sources,” she said.

Meanwhile, state Rep. Jeni Arndt isn’t upset her bill has generated the controversy that it has. She says she respects the right of voters to challenge it.

“I mean, wouldn’t it be ironic if I didn’t support that? This bill is all about empowering people,” she said.