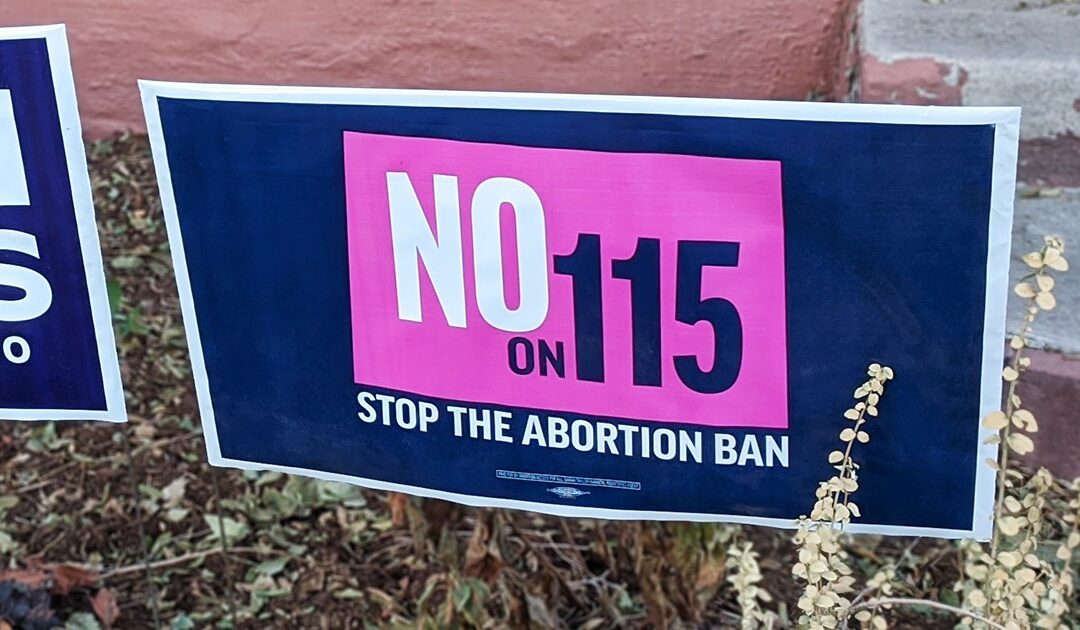 Colorado voters rejected a measure that would have prevented women from getting an abortion after 22 weeks of pregnancy unless the procedure was needed to save the woman’s life.

As a result, Colorado will remain one of seven states in the country without restrictions on abortions.

“There is nothing in Proposition 115 that makes (women’s) health better,” said Stephanie Teal, an OB-GYN and family planning professor at the University of Colorado’s school of medicine. “Abortion bans have nothing to do with health, or medicine. They are purely designed to limit access to critical healthcare.”

Teal and other residents who successfully campaigned against the measure said it would harm women, who sometimes seek abortions after 22 weeks to protect their own health.

Proponents said abortions that late in pregnancy are “cruel” and come at a time when a fetus has a chance of surviving outside of the womb.

Colorado was the first state to decriminalize abortions in 1967 – and voters have now rejected four initiatives to restrict it since 2008.

Meanwhile, the abortions targeted by Proposition 115 are relatively rare despite the lack of restrictions against them.

According to records from the Colorado Department of Public Health and Environment, only 140 of the 9,000 abortions reported last year occurred after 22 weeks of pregnancy.