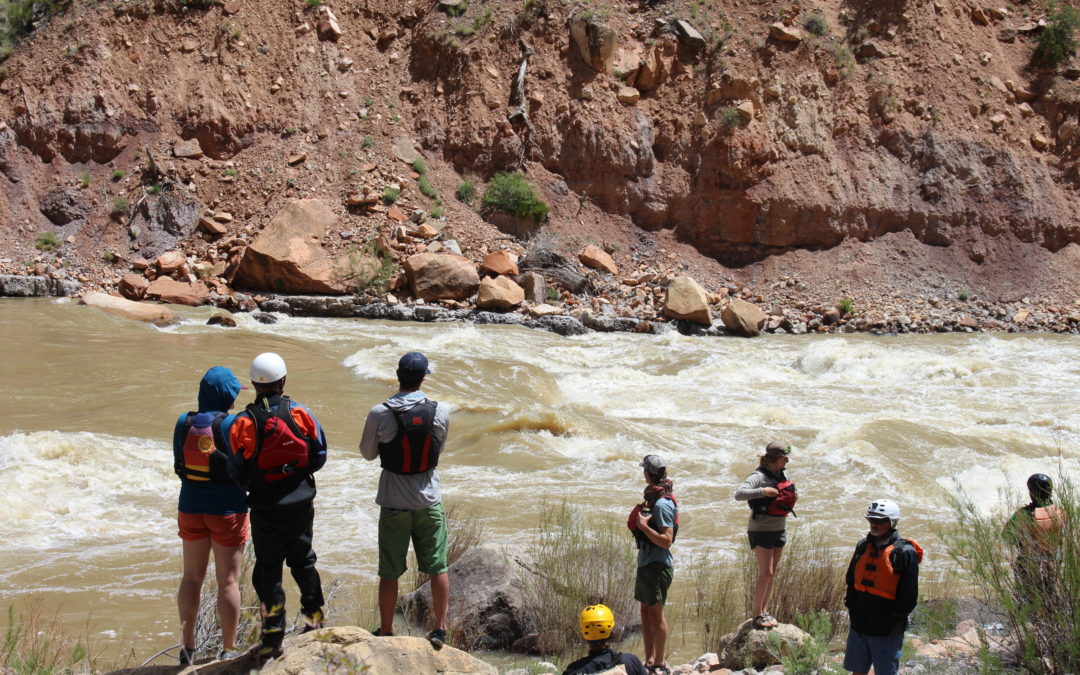 Photo: Rafters scout a rapid along the Yampa River in Dinosaur National Monument in May 2019. Credit: Luke Runyon/KUNC

The number of deaths and accidents on Colorado’s rivers is right around normal for a high flow year, according to data from the conservation group American Whitewater.

Since early June, 12 people have died while rafting, kayaking and paddleboarding on Colorado’s rivers.

“What we’re seeing is what happens during a high water year,” said American Whitewater’s Charlie Walbridge, who has kept a record of river accidents and fatalities since 1975. He maintains the database by editing user-generated posts and combing through news articles.

Walbridge has been tracking fatalities this year for the group.

“The Fourth of July weekend was terrible,” he said. “It seemed like every time I opened up Facebook or checked my email there was another accident.”

In contrast, during several drought years within the last decade, the state logged no deaths for river recreators. In both 2012 and 2013, when peak flows for rivers throughout Colorado were much below average, no fatalities were reported to American Whitewater’s database.

From 1998 to 2018, a total of 135 people died while recreating on Colorado’s rivers, most of them during commercial or private rafting, kayaking or paddleboarding. That averages out to about seven deaths per year.

But Walbridge said it’s misleading to compare to an average when river fatalities are so variable, and dependent on annual changes in river conditions.

An important variable too, he said, is the length of high flows during spring runoff. The 2019 high flow season is unique in that above average flows were sustained for a longer period, due to wet and cool weather that tempered snow melt. Those sustained high flows widened the window of time recreators could head out on rivers at the same time the risk was highest.

“If you had one big high water period where things were flooding massively and there was a lot of publicity about staying off the water, that’s very different from something where you’ve got high water for a longer period,” Walbridge said.

With most snowpack gone from the Rocky Mountains, rivers throughout the Mountain West have reached their highest flow for the year and will continue to drop through the summer.

That said, Walbridge cautions to always check water levels before heading out to kayak, paddleboard or raft as they can fluctuate.

“Wearing a life vest, knowing the river, and going with an experienced partner can make the difference between a fun day and something scary and out of control,” he said.