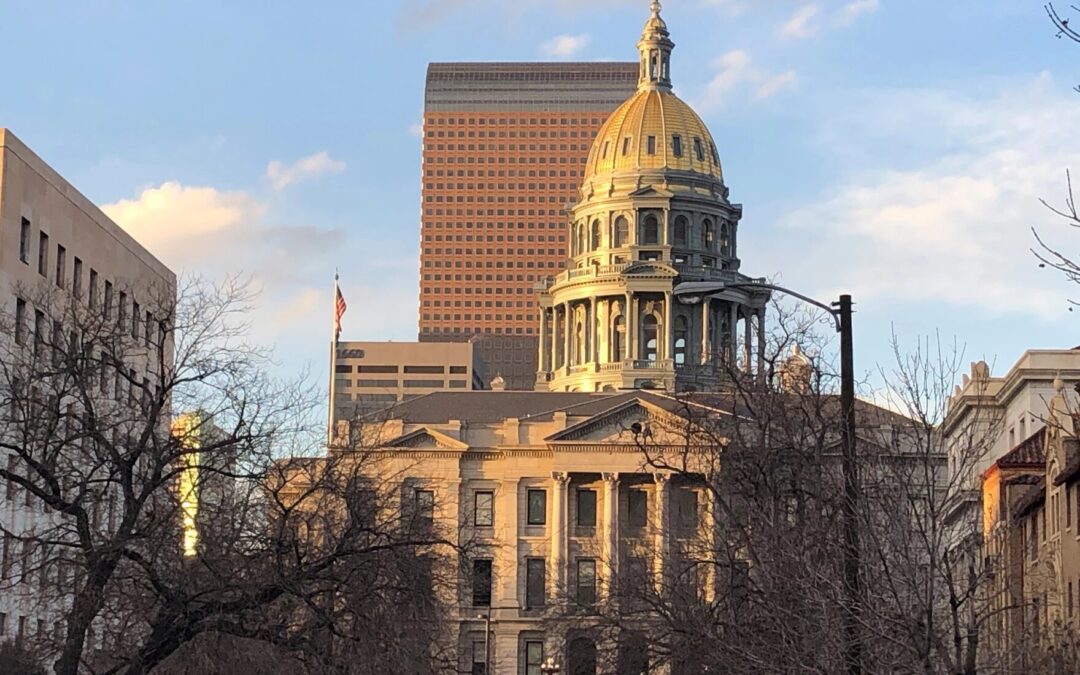 Democrats at the state Capitol have tried for several years to create a paid family and medical leave program, but concerns from small businesses and Gov. Jared Polis have kept it from becoming law.

Now the political battle is moving from the state Capitol to the ballot box, where voters will have the final say.

Kris Garcia, who has spent more than a decade advocating for stronger paid leave benefits, is attending virtual rallies and sharing his story about what life is like without family and medical leave programs.

In 2009, Garcia was helping someone purchase an alternator at a Denver auto parts store in 2009 when his phone rang.

“I get a phone call from the hospital in Texas that I needed to make the decision whether to keep my dad on life support,” Garcia said. “And it was probably one of the hardest things I had to do was sit there and still listen to the customer while making the decision.”

Garcia’s father died from a heart condition. Garcia tried to get time off before the hospital called — but he said no one was available to cover his shift. He doesn’t want other residents to get stuck in the same situation.

“I’ve made it a personal goal of mine that other families don’t have to make those life and death decisions through a phone call, or an iPad, or whatever is considered normal,” he said. “That’s not normal. We should be able to be with our loved ones when they take their last breath.”

Proposition 118 would let all non-federal workers in Colorado take up to 12 weeks off — and for other reasons as well. They could use the time to care for a newborn, get medical treatment or recover from domestic violence. And they could do this while earning up to 90% of their salaries, or a $1,100 a week maximum.

“The average Coloradan will pay $3.83 a week,” said Carmen Medrano, the leader of the Colorado Families First Coalition.

She says the premiums workers and their employers would pay for the benefit would be worth it.

“That’s almost $4 (a week) to have the piece of mind that if something happens to you or your family, you have up to 12 weeks to not worry about having a lost paycheck or job,” she said.

“It’s clearly a tax increase,” he said as he testified on the ballot measure at the state Capitol in early September. ‘If you’re employed by a company with more than 10 people, you’re stuck with paying this mandatory — it’s not a voluntary fee, it’s not something you choose to do. It’s mandatory.”

Bruce promised to sue the state if voters approve the program because he thinks it is unconstitutional and should have been presented as a tax increase.

But legal questions aside, there are other concerns about the family leave program.

The Common Sense Institute is a non-partisan research group that recently studied the economics behind Proposition 118.

Chris Brown, the group’s research director, said his study revealed some concerns he thinks voters should be aware of.

“Voters should recognize that the premium they would pay every year will float, will change year to year,” he said. “And these (paid family leave) programs in other states have shown that as people gain awareness of them, the degree to which they are used increases, and premiums go up.”

And Brown says that could be a problem, because unlike other states, the ballot measure in Colorado doesn’t let the state lower the level of paid leave benefits, meaning increasing premiums might be the only way to keep it going.

It also caps premiums at 1.2% of a worker’s wages, making Brown wonder how the state will pay for it if it becomes too popular.

It’s the same concern Gov. Polis had earlier this year.

“We want to make sure the state isn’t on the hook from a fiduciary perspective, that taxpayers aren’t under any risk for it,” Polis said in January as state lawmakers were working on their own proposal.

Polis said he did not think family leave could be universal at the start. He is staying neutral on Proposition 118.

Meanwhile, only eight states have adopted their own paid leave programs. And in Washington, the newest to have one, the January launch was a bit bumpy.

Clare DeLong, a spokesperson for the program, said the demand exceeded the state’s projections.

“Obviously those long wait times are challenging, but we were really glad to be able to scale up quickly and be able to bring that demand down to a reasonable processing time,” she said.

She says they’ve gotten their wait times down to less than two weeks per application. And they’ve paid out more than $340 million in benefits.

“It’s currently right around 54% for family leave, which includes both parental leave and family caregiving, and 46% for medical leave,” DeLong said.

But there are differences between this program and the proposal in Colorado. Washington’s, for example, exempts employers with fewer than 50 workers from paying into the benefit. In Colorado, only businesses with under 10 employees would be exempt.

But supporter Carmen Medrano says Colorado had the benefit of studying the existing programs.

“Every single person will need something like this at a certain point in their life and we need to make sure that hardworking Coloradans are able to maintain their livelihood if an emergency ever arises,” she said.

It’s why Kris Garcia has been sharing his story at virtual rallies. “It took me almost eight years to be able to mentally recover from having to make that life and death decision over a phone,” he said. “And during the coronavirus (pandemic), it brings a lot of those feelings of hurt and guilt for not being there for a loved one.”

If Proposition 118 passes, workers and their employers would start paying premiums in 2023. Workers would be eligible to take the benefit starting in 2024.