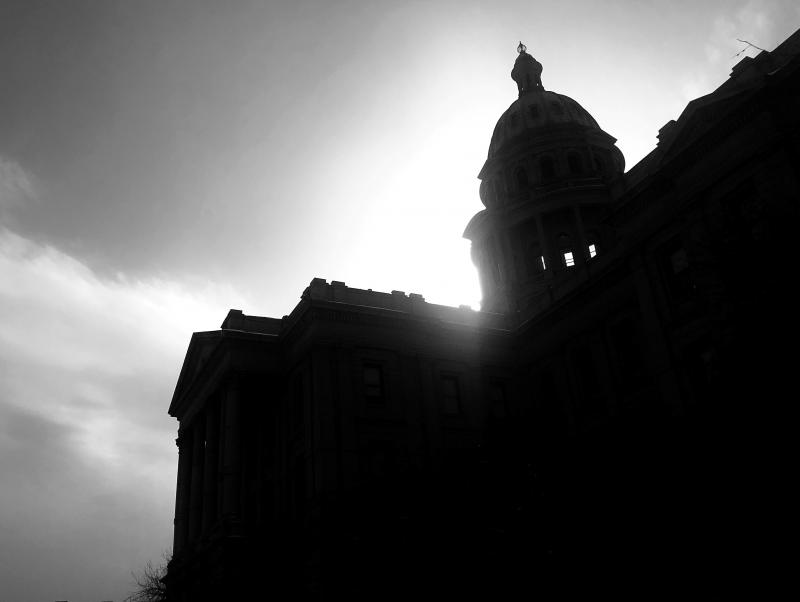 Photo: State lawmakers plan to return to the Capitol on May 26 to finish a budget that has been devastated by the coronavirus outbreak. Credit: Scott Franz/Capitol Coverage

The grim task awaiting lawmakers – balancing a budget devastated by the coronavirus outbreak – is even more grim on Tuesday after they learned they’ll have to cut significantly more than originally thought.

The latest revenue forecast calls for lawmakers to slash about $3.3 billion from next year’s spending plan, or about 10 percent of the total budget.

Rep. Daneya Esgar, who leads the committee of lawmakers helping write the budget, said Colorado is facing “what may be the most dire budget situation in our state’s history.”

The current budget scenario is dramatically worse than the last revenue forecast the state put out in March, which projected the budget would be nearly flat compared to this year. It’s also worse than the $2 to $3 billion in cuts lawmakers were preparing for based on projections made in recent weeks.

Kate Watkins, the legislature’s chief economist, told lawmakers it would take years for Colorado’s economic activity to recover from the COVID-19 outbreak.

“What has transpired in the last two months in many ways has been unimaginable,” she said.

She said while there are some signs of economic activity picking up as parts of the state reopen, the state is bracing for more layoffs and further hits to its revenue streams.

The dire economic forecast is largely driven by drops in income tax revenue.

More than 400,000 Colorado residents have filed for unemployment benefits since the start of the outbreak, according to statistics from the Department of Labor.

And the state’s tourism economy came to a halt when ski areas were forced to close and residents around the state were advised to stay at home for several weeks to avoid spreading the virus.

Rep. Esgar (D-Pueblo) and a group of five other lawmakers spent last week going through all parts of the state budget to start making recommendations about cuts.

The cost saving measures range from pulling a planned $6 million for a new state park near Trinidad to forgoing raises for state employees to cutting health and education programs.

Lawmakers expect many residents will be affected by the cuts they are about to make.

The legislature plans to resume its session on May 26 to finish working on the budget. Lawmakers also plan to take up bills to respond to the virus outbreak.