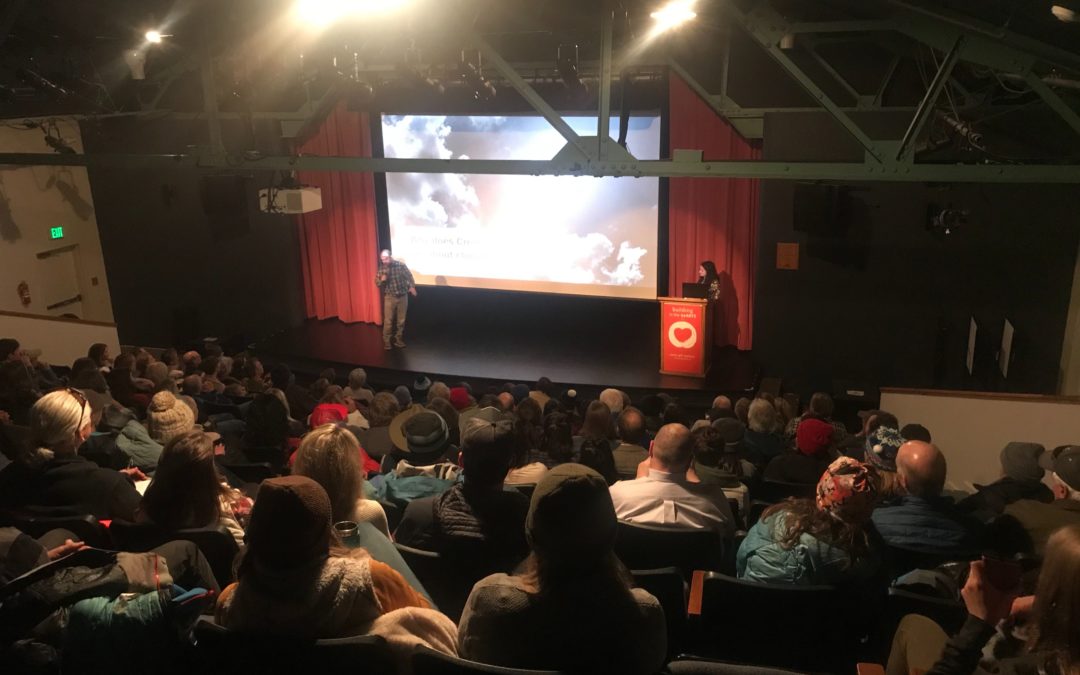 A full-house last night at the Center for the Arts in Crested Butte as about 175 community members gathered for an official unveiling of the Town’s new Climate Action Plan. The evening included a short documentary about shrinking snow pack in Colorado, and presentations from members of the town’s Climate Action Committee and the nonprofit group Sustainable Crested Butte. Sandwiched in there were presentations from town staff on their newly developed plan. Michael Yerman is the Crested Butte Community Development Director.

“At first, we talked about cutting our operations by 50 percent, in our own day to day business, and cutting our community emissions by 25 percent,” said Yerman.

That’s a decision that was made in 2018, according to the draft of the new plan. In line with some of the dire predictions made in the documentary film, and the desperation heard in the voices of others who spoke last night, the Town decided to accelerate its ambitious

“After going and seeing the presentations that we’ve seen, we’ve made the commitment to 100 percent renewable energy by 2030,” said Yerman. “So we can’t get there now. We’ll get there then.”

Mel Yemma led the charge to develop the plan. She told the audience that it was designed to be achievable.

“When setting out to develop this plan, we wanted to conduct an inclusive and robust public process to set achievable and realistic strategies to actually meet these goals. We do not want this plan to sit on the shelf,” Yemma said.

The draft of Crested Butte Climate Action Plan is available on their website. The town council will discuss and likely vote to adopt a plan at their December 16 meeting.