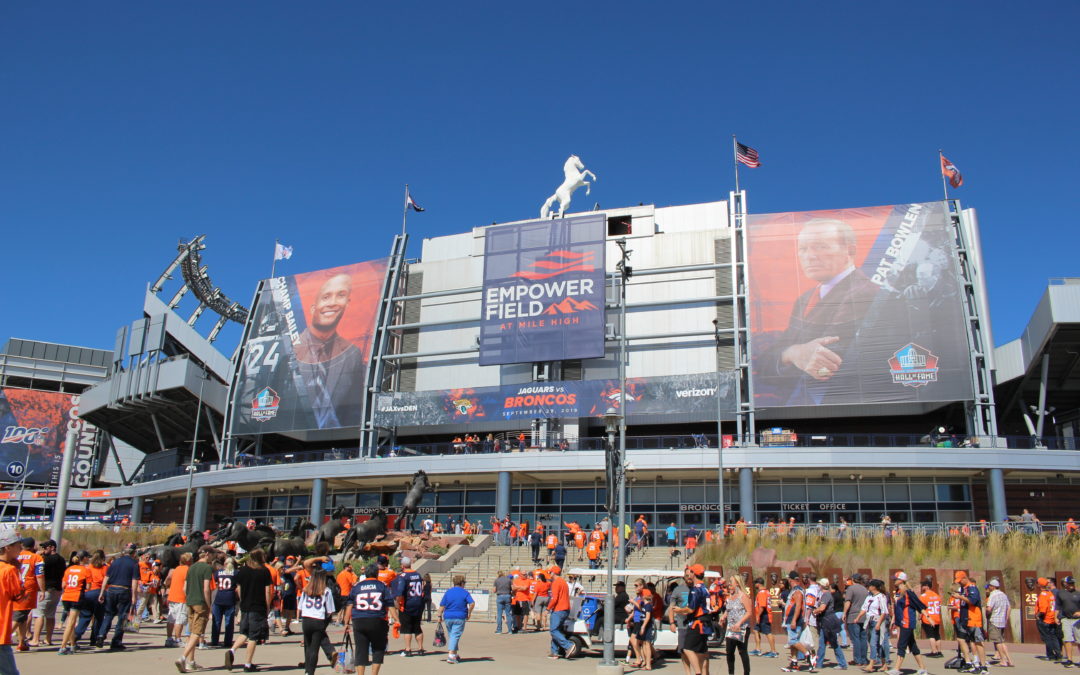 Proposition DD has passed with 50.7% of the vote, according to unofficial vote totals from the Colorado Secretary of State’s office. The Associated Press called the race Wednesday afternoon. Starting May 2020 the state will be regulating and taxing sports gambling in the state, with the vast majority of revenue set aside for projects and programs laid out in the Colorado Water Plan.

“A win is a win,” Garnett said. “I think there’s a base of people who no matter what if you plan to raise taxes on anyone whether it’s casinos or puppies they’re going to be against it.”

The measure’s bipartisan support was key to its passage in an election where statewide voters clearly had a distaste for changes to the state’s Taxpayer Bill of Rights, Garnett said.

“This is a down payment but it’s significantly more than the state has ever had for water. And as I say, money and water are scarce in Colorado so we’ll take anything we can get,” said Brian Jackson, the Environmental Defense Fund’s Western Water program’s senior manager. (The Environmental Defense Fund receives funding from the Walton Family Foundation, which also funds KUNC’s Colorado River coverage)

“It’s not a huge amount of money, but the state needs billions for transportation, billions for education. The water plan identified about $100 million a year for water so the price tag is much lower,” Jackson said.

The Colorado Water Conservation Board is charged with distributing the collected revenue as grants. A portion of the revenue — a projected $960,000 per year — will be used for a hold harmless fund that gaming communities can apply to receive if they see a decrease in gambling revenue after Prop DD’s passage. About $130,000 will be set aside for gambling addiction services.

According to preliminary results from the Secretary of State’s office, the measure has a narrow lead, with 50.5% of voters in favor of legalized sports gambling, and using the subsequent tax revenue to partially fund the Colorado Water Plan. All of Colorado’s 64 counties are fully reporting their results to the Secretary of State. Certification of the final results will take several weeks.

The original story continues below.

A ballot proposal to set up a new regulated sports betting market in Colorado remains too close to call. Voters in a statewide election are split on Proposition DD, which seeks to use gambling tax revenue to fund the state’s four-year-old water plan.

As of 11:30 p.m. Tuesday night, 50.1% of voters approved of the measure, according to preliminary figures from Colorado Secretary of State Jena Griswold. More votes are expected to trickle in from across the state overnight.

The measure proposes levying a 10% tax on casinos’ net profits from sports wagers, with the revenue earmarked for priorities laid out in the Colorado Water Plan, including new storage projects, conservation initiatives and educational programs.

If passed, the measure was expected to bring in between $6 million and $15 million a year for the first three years of legal sports gambling, according to a nonpartisan legislative review. Proponents repeatedly referred to Prop DD as a “down payment” toward solving the arid state’s water woes.

A 2018 U.S. Supreme Court decision gave states the green light to legalize the practice. Since then, 17 states have legalized some form of sports betting.

As written, Prop DD gives existing casinos in the state the ability to earn sports gambling licenses. The communities of Cripple Creek, Black Hawk and Central City were also voting to allow in-person sports bets to be placed at their existing casinos.

Leading up to the election a growing number of critics — including Republican state senator Jerry Sonnenberg and Democratic state representative Joe Salazar — had made their displeasure with the measure known through a series of media interviews and public statements. Christian groups with moral concerns about state-endorsed gambling came out against Prop DD as well.

The measure lacked a well-funded, organized opposition. The only registered opponent was Fort Collins-based Coloradans for Climate Justice, a small-scale issue committee limited to raising less than $5,000 to try to quash the measure.

The group argued that the Colorado Water Plan too heavily favored dams to achieve its goals and the question’s wording was too vague.

Yes on Proposition DD, the campaign that pushed for the measure, spent more than $2.3 million this election cycle, mostly raised from casino and gaming interests, environmental groups and agricultural trade associations.

This story is part of a project covering the Colorado River, produced by KUNC and supported through a Walton Family Foundation grant. The project is solely responsible for its editorial content.