Fight Over Gallagher Amendment Could Impact Your Checkbook, And Your Fire Department’s Budget 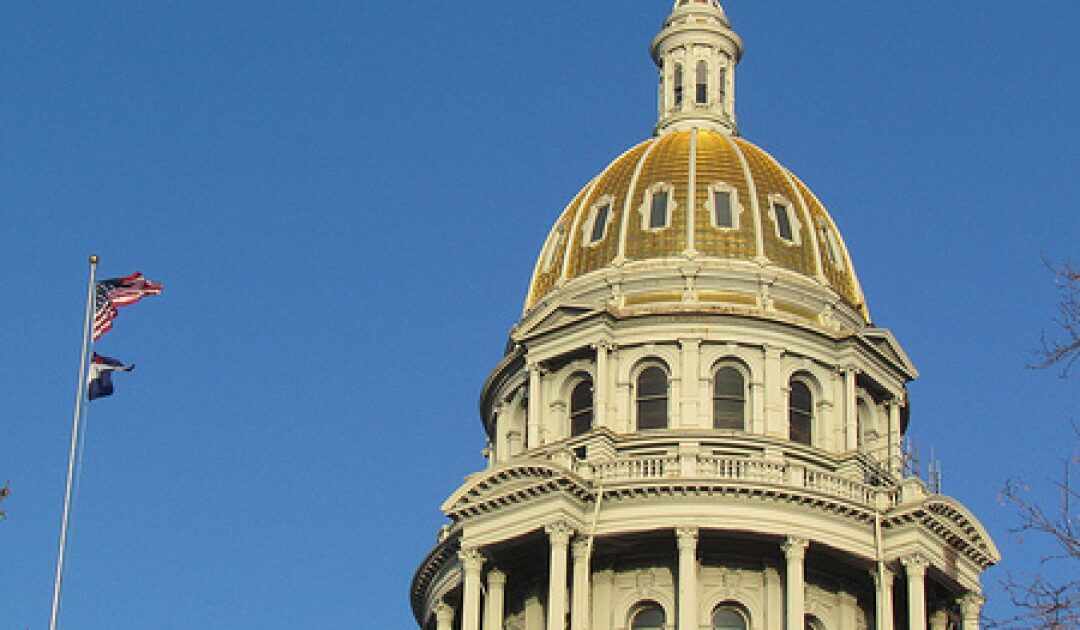 Of the 11 ballot questions Colorado voters will decide in November, Amendment B is by far the most complicated. It seeks to repeal a 38-year-old state law affecting how much residents must pay in property taxes.

If you own a home or commercial property, your bank account has been affected by the Gallagher Amendment in some way. Voters approved the amendment in 1982 to put more of the property tax burden on businesses, which must pay 55% of the state’s property taxes. Meanwhile, homeowners pay 45%.

But state Sen. Chris Hansen, D-Denver, is one of several lawmakers who think Gallagher has led to some major problems by keeping residential property tax rates lower despite increasing home values.

“Denver Public schools could stand to lose thirty million dollars next year,” Hansen said at a virtual Zoom rally in favor of Amendment B.

Hansen said that’s because property values continue to go up while the Gallagher Amendment limits what homeowners pay, creating an imbalance. And with the coronavirus pandemic currently gutting the state’s budget by $3 billion this year alone, lawmakers like Hansen think its time to get rid of that part of Gallagher.

“We’re in a situation where it’s very difficult for the state to backfill budgets,” he said. “This is not the time on the back of a terrible fire season and a horrible pandemic, to cut fire departments, to cut school budgets.”

And several of his Republican colleagues, like Rep. Matt Soeper of Delta, agree.

Soper also blames the amendment for keeping funds away from public services — like the Plateau Valley Hospital in his district, which includes Grand Junction.

“Seventy percent of their budget comes from the local mill (property tax), and certainly what it means is it they are not going to fail next year or the following year, but there comes a time where they will have to go back to voters and ask for a mill levy increase,” he said.

Even opponents of Amendment B say they aren’t fans of Gallagher. Michael Fields, a conservative who has started a political committee against Amendment B, says it does cause problems.

“It is a problem for rural Colorado and the Western Slope area where they are actually losing money for local services because their home values don’t go up as much, and they don’t have as much commercial property,” he said.

But Fields wants to keep it on the books, at least for now.

“Repealing something without a replacement I don’t think works well with people,” he said.

“We know that residential will pay more in a recession for people with fixed incomes, or teachers who aren’t making enough are paying more in residential property taxes, so that’s the real risk,” he said.

Fields said lawmakers should fix the Gallagher problem with a regional approach, instead of changing the formula for the entire state. Meanwhile, other opponents recently waged a legal battle against the lawmakers trying to repeal it.

They sued state lawmakers, alleging they altered the language in the state-issued voter guide in favor of repealing Gallagher.

A Denver judge tossed out the lawsuit, which tried to stop the printing of the Blue Book. At the center of the lawsuit was an argument over whether Gallagher will lead to higher property taxes.

Phyllis Resnick, the lead economist of the Colorado Futures Center at Colorado State University, says that answer is complicated.

“In year one, nothing will happen. You would have the same tax bill that you would have had if Amendment B weren’t to pass,” she said. “However, into the future it becomes a little bit of an open question because the history in Colorado has been that the value of our homes has almost always year-over-year increased.”

But even with the likelihood of higher residential property taxes, Kent Thiry says Gallagher needs to go.

“We’re killing small business with the cumulative effect of Gallagher,” he said.

Thiry is the former CEO of Davita, a major Denver-based health care company. He says the Gallagher Amendment is hurting the business community by making them pay higher taxes.

Two-thirds of state lawmakers had to agree to ask voters to repeal Gallagher, making it one of the few ballot measures with strong bipartisan support. But opponents say if local school districts need more funding, they should ask their own voters to increase taxes.