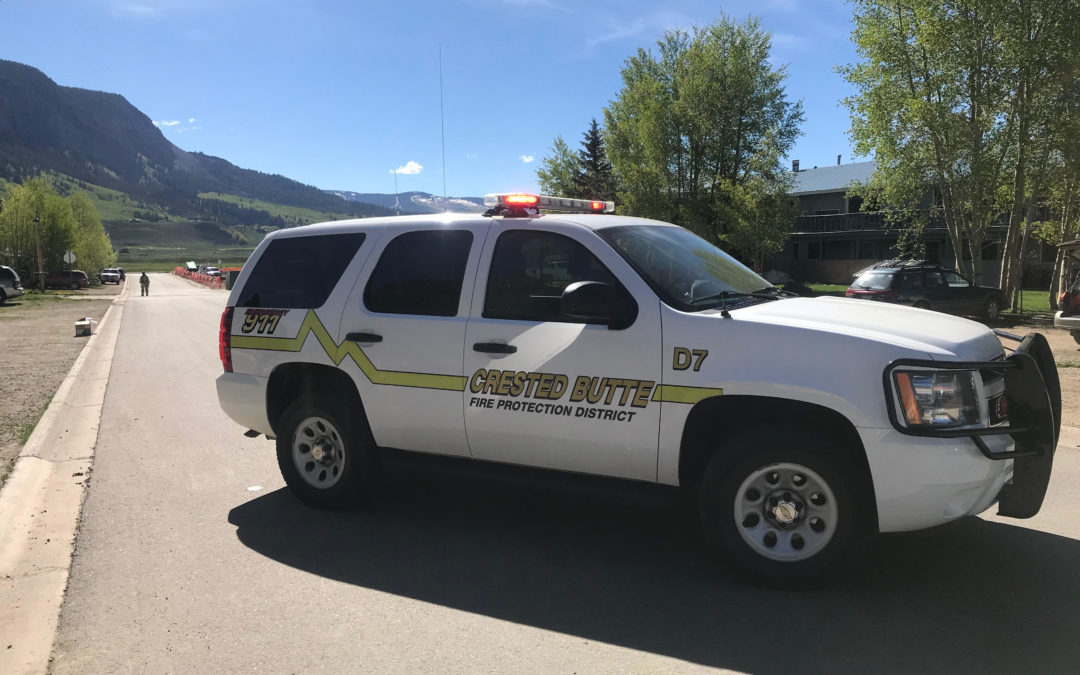 Residents of the 800 Block of Gothic Avenue in Crested Butte were evacuated this morning after a four-inch gas line broke at the intersection of 9th Street and Gothic Avenue.

The Crested Butte Marshalls, The Crested Butte Fire Protection District, and Colorado State Patrol responded to the scene and blocked traffic while they waited for workers from Atmos Energy to turn off the gas and repair the pipe.

Everything was back to normal with residents allowed back in their homes sometime before 11 a.m. It was not immediately clear what caused the gas line to rupture.