Gunnison County Votes for Democrats Down the Ballot 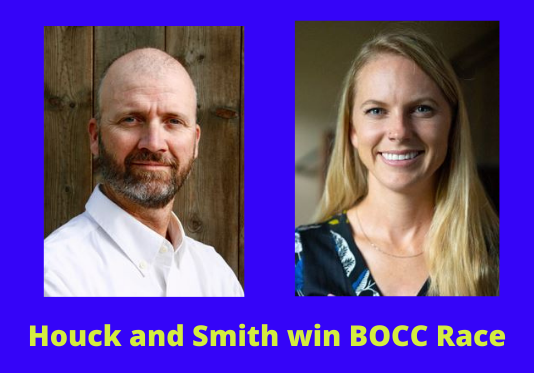 Ballots in Gunnison County are still being tabulated, but it’s already been an historic turnout of nearly 90 percent of active voters casting ballots.

So far, Gunnison County voters have again shown overwhelming support for Democratic candidates with about a sixty percent block of solid Democratic voters across all races.

In the two races for seats on the Gunnison Board of County Commissioners, incumbent Democrats Jonathon Houck and Liz Smith will both retain their seats.

When it comes to ballot initiatives, voters tended towards more liberal positions by approving a paid family leave program and an initiative to elect the president by popular vote. They also voted down a proposition to restrict access to abortion.

Roundup of local and statewide results as of Wednesday Morning

This story is about Gunnison County voters and does not reflect statewide or nationwide results. For updates on state races and ballot initiatives, follow our Elections 2020 page for updates. For updates on national elections, go to NPR.org.