Gunnison’s farm season has grown by 28 days. The proof is in “Barometer” Bartleson’s weather records 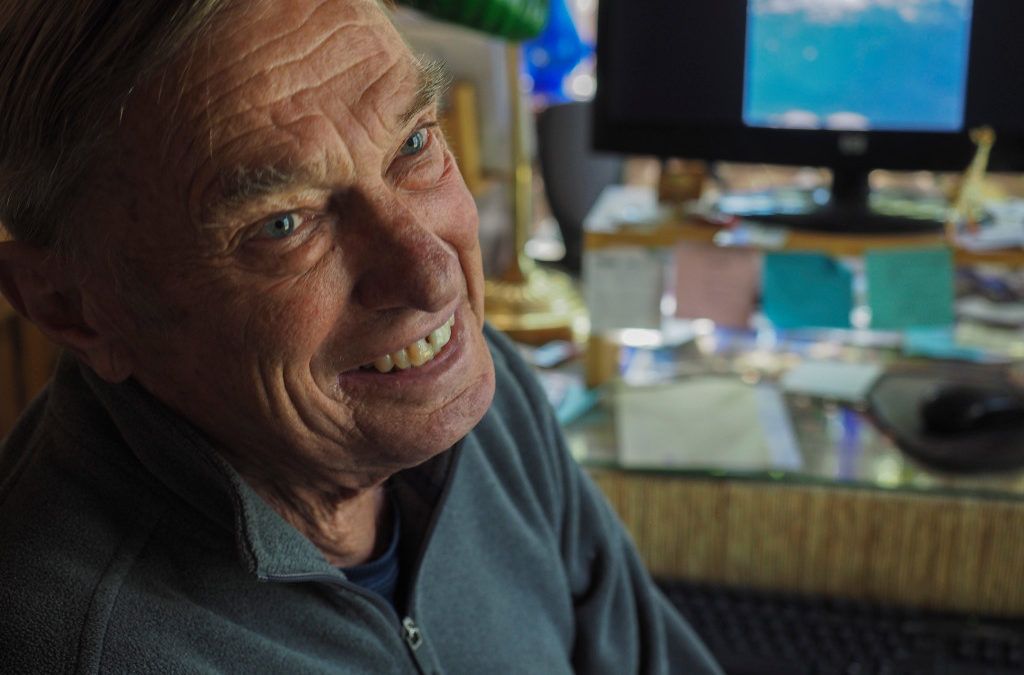 By Nancy Lofholm, The Colorado Sun

Bruce Bartleson, a retired geology professor at Western Colorado University, shown here in his home-based weather office, has been keeping records on the daily temperatures and precipitation in Gunnison, Colorado for the past 30 years. Credit: Dean Krakel, The Colorado Sun

Bruce “Barometer” Bartleson pulls a tattered brown folder from a china cabinet and runs a finger down a column of faint figures on the top sheet of paper. He stops on one line: on Dec. 12, 1901, the numbers show, the high temperature in Gunnison was 44 degrees. The low was 22.

Bartleson’s eyebrows go up, signaling, “Fascinating!” If you are a weather geek like Bartleson, every little bit of wonky weather trivia most definitely is fascinating because it can be fit into historical weather-pattern puzzles.

Bartleson has scads of these records — 118 years-worth of rain, snow and temperature facts — tucked away in an antique-stuffed house where he spends hours poring over weather data in a cubbyhole office just inside the front door.

He doesn’t do any weather measuring himself. He doesn’t even own a barometer. His only weather “device” is a cheapo hardware store thermometer he calls “the wise old owl” because of a cartoon owl painted on the front. It is tacked on a tree in his yard, and is often accurate, he said, when he compares its temperatures to official readings.

To read the rest of the story go to coloradosun.com