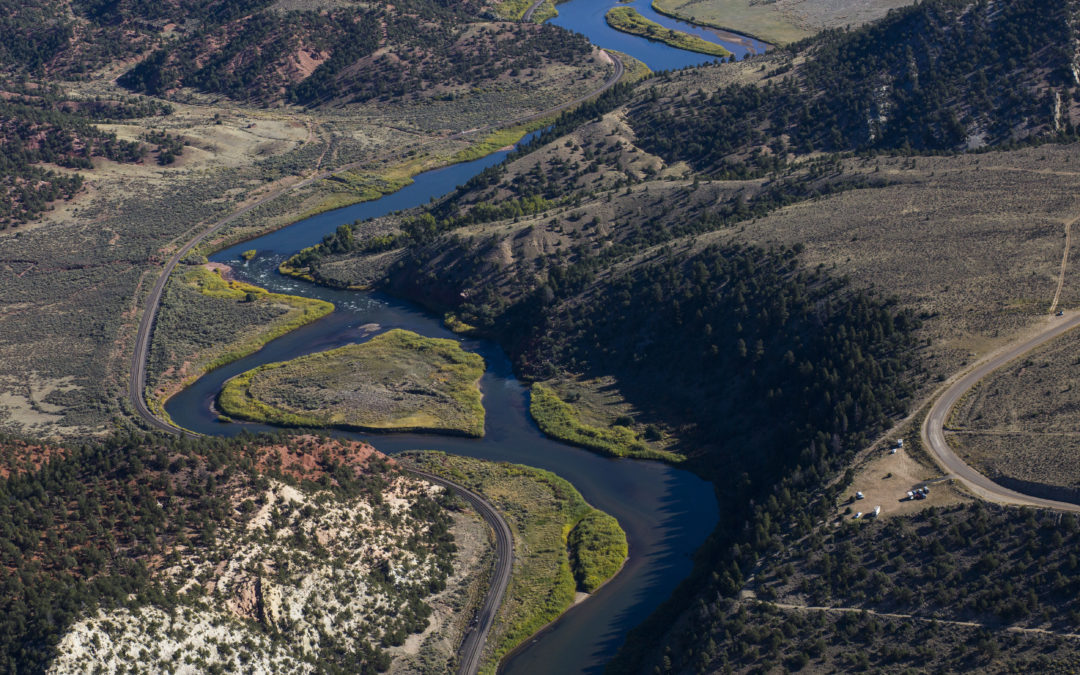 Using hydrologic models, researchers with the U.S. Geological Survey, found that the Colorado River basin is extremely sensitive to slight changes in temperature. In their new paper in the journal Science, they show for each degree Celsius temperatures rise, flows in the river are likely to decline more than 9%.

That decline is likely to cause severe water shortages in the Colorado River basin, where more water exists on paper in the form of water rights than in the river itself. Warmer temperatures diminish snowpack, lessening the amount of water available.

Snow in the Rocky Mountains, where the Colorado River and its main tributaries get their start, is brilliantly white, reflecting a large amount of solar radiation. With less of that reflective surface, evaporation will accelerate, the study finds.

“As snowpack declines, the basin is absorbing more radiation,” said Chris Milly, a USGS hydrologist and the study’s co-author. “That radiation is energizing the evaporation, it’s cranking it up, and leaving less water behind to fill the river and supply the 40 million users downstream.”

The reductions might sound small, Milly said, but they will be felt throughout the basin.

“There’s not a lot of slack in the system,” Milly said. “In the long-term communities, states will be making adjustments to how they allocate water.”

The new study builds on an existing body of scientific work that shows how the Colorado River will respond to warming.

Some climate models are mixed on whether climate change will cause more or less precipitation in the basin. But Milly said it would take a significant increase to offset the declines caused by warming.

The finding comes as water managers throughout the watershed are gearing up for negotiations over a long-term plan for the river’s management. The Colorado River’s current operating guidelines expire at the end of 2026, and the states that make up the watershed are required to start negotiating new ones by the end of this year.

“The new rules must consider how to manage the river with unprecedented low flows in the 21st century,” Udall said. “The science is crystal clear — we must reduce greenhouse gas emissions immediately. We now have the technologies, the policies and favorable economics to accomplish greenhouse gas reductions. What we lack is the will.”