Life After Coal: How A NW Colorado Town Is Bracing For A Future Without A Power Plant 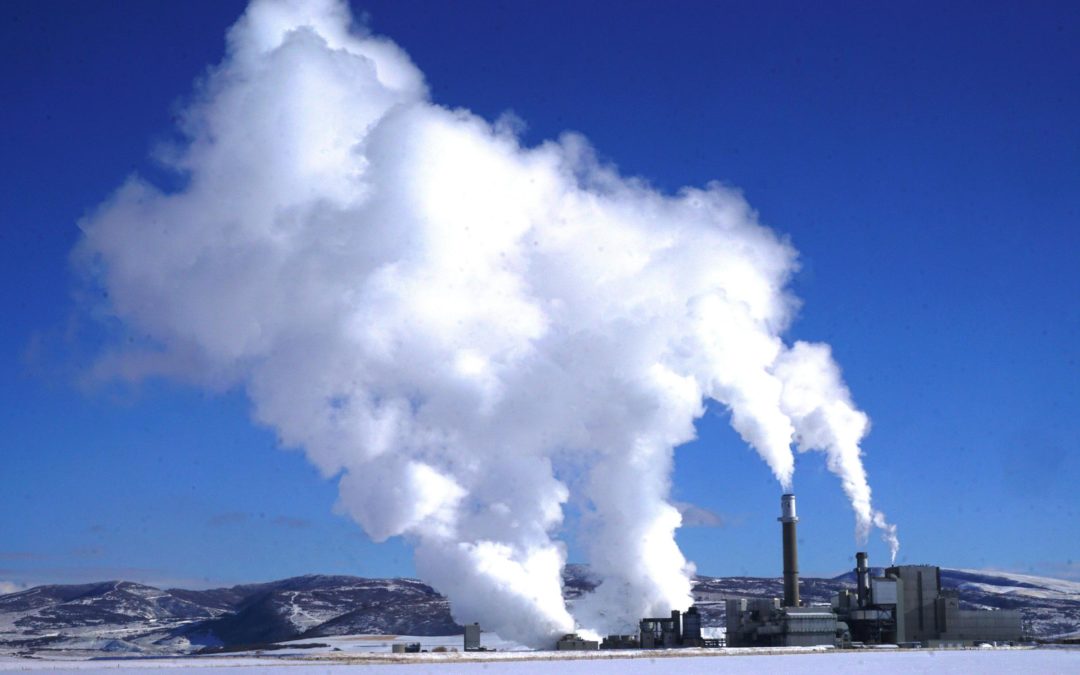 Photo: Hayden Station, a coal-fired power plant, dominates part of the landscape between Hayden and Steamboat Springs in northwest Colorado. The power plant is expected to start shutting down in 10 years. SCOTT FRANZ / CAPITOL COVERAGE

It’s a good day when Tammie Delaney hears a train rumbling down the tracks outside of the century-old granary building she owns in Hayden.

“Oh, you get the train noise today!” she shouts as a train whistle pierces the usual silence in the small town of about 2,000 people.

The train whistles are an indicator of the economy in the Yampa Valley.

When Delaney first bought the granary a little over a decade ago, she says she would hear four to five coal trains rumble by each day.

“Many in the coal industry would say every time a train passes through, the tax dollars that are being carried on those trains are immense,” she said.

But today, Delaney says she is lucky to hear one train leave the nearby Twentymile coal mine every three weeks.

That’s because the mine is producing about half as much coal as it did two decades ago. And the local coal-fired power plant, Hayden Station, is expected to start shutting down in the next decade. That has many residents in the Yampa Valley worried about a future without coal.

“If there is not a smooth transition, that is going to be a profound impact,” Delaney said. “That tax base is tremendous and it’s not an easy hole to fill to speak.”

Inside the granary building is a cozy coffee shop where you can usually find elected officials, like town manager Mathew Mendisco, chatting next to a wood burning stove. He says the transition away from coal is a very personal problem.

“I have three neighbors just in my neighborhood, on my street that work at either Twentymile or Hayden Station, and that’s just on my street,” he said. “And I know there are more. (The coal industry) is extremely important to our economy, but Hayden has no delusions or no misunderstandings that we’re going to have control over what that industry does in the future.”

And Mendisco says the town is bracing for some challenges.

“There will be people who lose their jobs,” he said. “There may be people who will decide they can find a job in another area. That would be unfortunate because we love everyone here. But all we can do is continue forward. And we will. I have no doubt. And the people here will be the reason that happens.”

Still, Mendisco is ambitious about the future. He points to a 2017 tax increase approved by voters to pay for roads and infrastructure. There’s also the new $41 million school under construction and a growing regional airport that welcomes thousands of skiers to Steamboat Springs.

Meanwhile, residents are trying to brainstorm ways of replacing an industry that is one of the biggest tax generators in the county.

“You know there are a lot of old timers who are just wondering where things are going to go,” said Brian Hoza, who has led Hayden’s school board for two decades. “They can sustain their own future, but they are worried about the next generations.”

So, what can be done to keep the economy vibrant after the loss of coal? It depends on who you talk to. Hoza says the town should be marketing the area more to lure in the next big thing.

“We have to get the word out to the right companies, the right industries, the right economic endeavors so they can understand that this is an option here and something we can offer,” he said.

Back at the granary building, Tammie Delaney thinks Hayden should play up its agricultural roots and do more events to capitalize on the resources the town already has.

Retraining coal workers is also an option that often comes up in conversation. But it’s not one that sits well with town manager Mathew Mendisco.

“Let me just be frank because that’s the way we do it in Hayden,” he said. “Saying you are going to retrain a 45 to 50-year-old (miner) completely brand-new is stupid. It’s lip service. I just hope that never comes up, because unless that person wants to retrain themselves, you’re just throwing good money after bad.”

Other residents are pushing for a new hotel and finding a replacement for one of the two local restaurants that just closed. Mendisco is also looking to his hometown of Naturita, another small coal town in southwestern Colorado, for guidance. They lost their power plant last year.

In part two of our Life After Coal series, we visit the towns of Nucla and Naturita in southwest Colorado to see how they are rebuilding following the loss of their coal jobs.