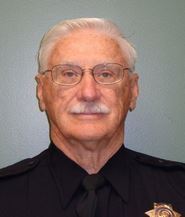 “I don’t see this as a law that’s been enacted to try to confiscate weapons.” – Sheriff John Gallowich

Gunnison County Sheriff John Gallowich is sharing his views on the recently enacted House Bill 1177, otherwise known to the public as Colorado’s new red-flag law. It allows judges to temporarily seize guns from individuals deemed a risk to themselves or others. Dozens of Sheriffs around Colorado have vowed not to enforce the controversial bill. Last March, as lawmakers were still writing the final version of the law, Gallowich himself expressed concerns in an interview with the Gunnison Country Times in which he noted “potential misuse of the statute.”

With details of the bill now finalized and become law,  KBUT caught up with Sheriff Gallowich this week to find out he felt about the final product.

“I don’t I don’t anticipate that the that this is going to be a statute that is used often. I think it’s pretty well controlled. It’s not designed to disarm the public. And I think that That’s some of the concerns that I’ve heard,” he said.

In that March interview, Gallowich theoreticized neighborly feuds escalating into calls for the law to be enforced, but now seems satisfied with how the law doesn’t allow for such scenarios.

“In order for something like this to happen, the petitioner is either going to have to be a law enforcement officer [or] agency, or an individual that is a family member or lives with that individual,” he said. “So it’s not like you know, you’ve got your neighbors angry with you . . . and they’re going to be able to go in and apply for this temporary extreme protection order. . . I don’t see this as a law that’s been enacted to try to confiscate weapons.”

When asked what he does see the law as trying to achieve, he responded, “ I think it’s a cooling down period for the first two weeks. Because I think it’s there to deal with those situations that come up – and again I believe they will be rare – that the safety of an individual, or the safety of our citizens is at stake and we have to take immediate action.”

Under Colorado’s red flag law, police, family members, or household members may petition a judge to seize guns for two weeks, at the end of which there would be a hearing. Red Flag laws have been enacted in 16 other states in the country, but Colorado’s differs in that it offers accused respondents free representation from an attorney, something that gun rights experts have called a crucial protection.

The law has already been enforced at least once in Colorado. One day after it took effect, Denver Police invoked the law and saught a judge’s approval to let them keep guns they had already confiscated from a man who allegedly beat his wife and made suicidal statements.