Small Town Struggles With Mine Over Clean Drinking Water 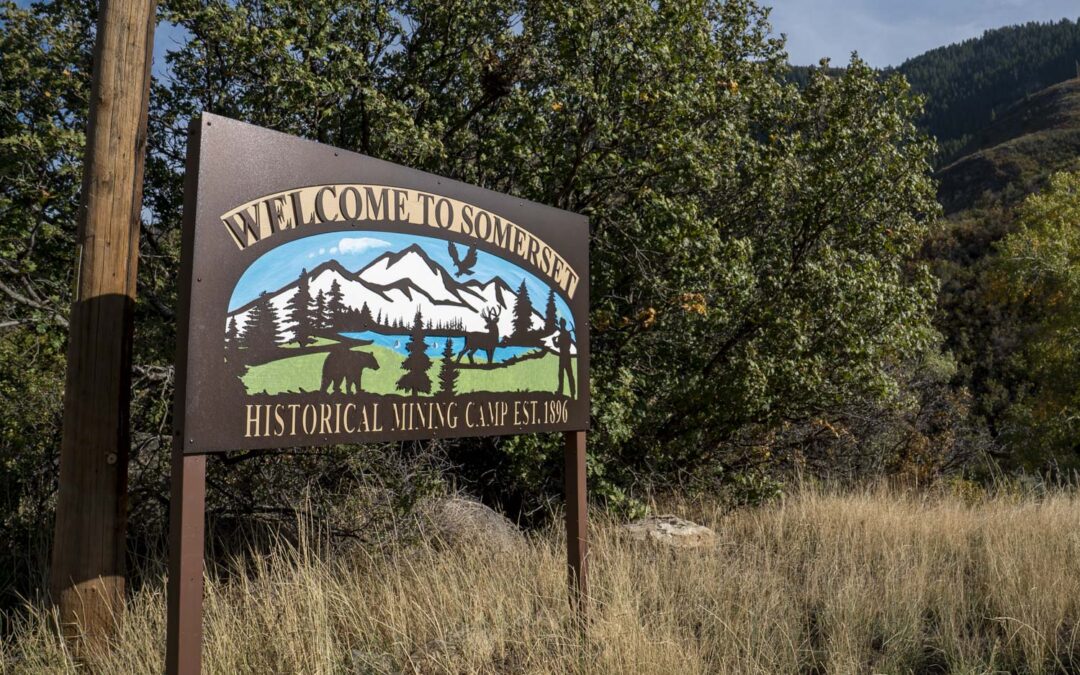 Photo: Somerset was established as company-town for coal miners sometime around the turn of the Century. Today, there are only about 100 residents. Credit – Chad Reich

Residents of a tiny, unincorporated, coal town on Colorado’s Western Slope are pitted against billionaire mine owner Bill Koch in a fight for clean drinking water. KBUT’s Christopher Biddle wanted to find out if this ‘David vs Goliath‘ story is as simple as it sounds.

In October 2020, the Colorado Department of Health and Environment notified residents of Somerset that their water contained high levels of Trihalomethanes. High concentrations can cause liver and kidney damage, and cause cancer.

“If that water’s no good, they’re hittin us for it. There’s nothing we can do about it”.

John Mlakar is 56, and has lived his whole life in Somerset. It’s a community of about 100, mostly fixed income residents.  As the current President of the Board for the Somerset Domestic Waterworks District, he’s been tasked with fixing the problem. But he has a few objections.

Enter Bill Koch, the somewhat less famous third brother of David and Charles Koch, known for their financial influence in right-wing politics. Bill Koch, a billionaire himself, owns the Oxbow Mine.

Coal production began at the Oxbow Mine shortly before the turn of the century.

Somerset was born not long after. It was your classic company town, where workers were paid in script and the mine owned everything, including the water system.

The mine unionized in the early 60’s, employees took ownership of the homes and the town. They established the water district, which to this day is the sole elected office in Somerset.

They signed a contract to buy water from the mine, and for decades the arrangement went smoothly.

“If he worked at the mine, they took the water bill out of your check. It was like $6. I’m sure there was people that didn’t pay back then. But the mine didn’t care,” says Mlakar.

Then, in the early 90s, as the system approached its centennial birthday, it became apparent that there were some much needed upgrades.

“They used an incredible amount of water.”

Marlene Crosby is deputy County Manager for Gunnison County. Her first encounter with Somerset was helping to install a water metering system.

““People didn’t fix the plumbing or insulate it.They just ran water all night, all day and all night to keep their pipes from freezing,” says Crosby

Over the past 35 years, Crosby has witnessed disputes over not only water in Somerset, but also sewer, snow plowing, speed limits and more. She portrays a history of high emotions, stubbornness, distrust, and dysfunction.

“I alternate from feeling sympathetic to feeling perturbed, that they won’t do something to help themselves.”

The frustration runs both ways. While technically part of Gunnison County, Somerset is separated from the county seat by either a 35 mile dirt road over a high mountain pass, or a trip through the famously treacherous Black Canyon. It’s a minimum of about a 140 mile round trip that can take up to eight hours. Somerset locals like to rib county politicians for showing up only in election years.

Mlakar, himself the result of recent political upheaval, will attest to a history turnover on the board. While he’s no fan of county government, but he knows his real fight is with the mine.

Bill Koch is the somewhat less famous third brother of David and Charles Koch, known for their financial influence in right-wing politics.

In addition to owning Oxbow mine, Bill Koch is known locally as the man behind Bear Ranch, a perfectly replicated 19th century western town in the woods above Somerset. The real life “Westworld”  includes a saloon, a jail, a train station, and a mansion on a hill.

“The fact that you’re talking about one of the Koch brothers brings to mind this sort of like, important and huge legacy of kind of what people will refer to as coal barons.”

The scene is all too familiar to Jeff Keith, a professor of Appalachian history at Warren Wilson College, in Asheville, NC. Like communities in Appalachia, Somerset wasn’t built to sustain future generations. It has an infrastructure that was only supposed to last however long it took to get all of the coal out of the mine,

For now, John Malakr tells constituents their taxes will go up, but they’ll also eventually have clean water again.

That’s today’s problem, what about tomorrow? The Oxbow mine halted coal production in 2013, and once the mandated period of reclamation ends, the land will transfer to Gunnison Energy, another Koch owned company. Oxbow Mining will cease to exist, and with it, the mine says, the contract to provide water to Somerset.

“The way I feel and half the board feels is that that contracts should still stay in place and go to Gunnison energy, and they should be responsible for supplying us portable drinking water.”

This story is part of a new collaboration reporting on the impacts of fossil fuels coordinated by the Rocky Mountain Community Radio Coalition.

Special thanks to Roberta McGowan for her help reporting on this story. You can read her story published in the Sopris Sun.