From the Music Desk 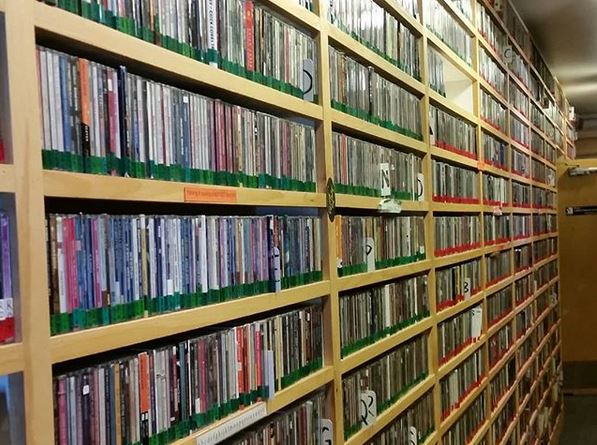 *Tedeschi Trucks Band Signs – They’re back! As good as ever, with eleven new, original tunes. Spin this!

Hajk Drama – A Norwegian –based indie rock band that tugs at your heartstrings and urges you to dance all at once! RIYL: St. Vincent, Grimes, Lucius, Beck, and The XX.

*Glen Clark You Tell Me – Texas-born piano man, Glen Clark has written and performed blends of honky tonk, soul, blues, rock-n-roll and country all of his life. He has collaborated with Delbert McClinton, Bonnie Raitt, Kris Kristofferson, and Willie Nelson.

*Maggie Rogers Heard It In A Past Life – Her voice is a beautiful and strong as ever. Indie alternative rock artist, she’s back, and every song on this album is great.

*The Lumineers Gloria (single)- These guys are popular on AAA and Pop charts everywhere. This is another great song, and their sound keeps getting better.

Taj Mahal An Evening of Acoustic Music – A generous donation to our KBUT Library from Jim Michael.
Thanks, Jim!

John Mayall Nobody Told Me – Blues Hall of Famer returns with a diverse list of featured guests like;
Todd Rundgren, Little Steven Van Zandt, and The E Street Band.

*Frosty When I Wake Up To Sleep No More – (Single)Awesome Bass, Baritone and Tenor Vocals, upbeat and cheerful melodies! The vocals are a standout!

The Cleverlys Blue – Their debut album, filled with bluegrass covers of pop and rock artists like; The Zombies,
Justin Bieber, Beyonce’. Worth a listen!

*The Jake Bartley Band Brotherhood –Soulful yet roots-oriented sound. This band has appeared on NBC’s The Today Show.

The W Lovers This Little Town (single) – Seattle based Folk Americana duo about to launch their debut album. A nice song about a small town like Crested Butte.

Kait Dunton Planet D’Earth – This album is about time, stories, and the threads that connect us through planetary alignment.

Pete Coco Lined With A Groove – Bassist Pete Coco forges his own jazz language into rich, traditional tributes to jazz giants who influenced his musical education.

*Brownout Fear Of A Brown Planet – This CD went to the new music shelf around October 2018, and unfortunately disappeared. Dylan downloaded it for us to try it again! Thanks, Dylan! It’s a good one!

Aretha Franklin Amazing Grace; The Complete Collection – A tribute to the Queen of Soul’s Gospel music.

Linette Tobin Pangaea, The New Shape of the World – A Immigration Lawyer during the daytime, Linette’s conga beats reflect her extensive travels through Cuba and Africa.

Etienne Charles Carnival, The Sound Of A People – Vibrant sounds of Caribbean rituals in Trinidad and Tobego.﻿