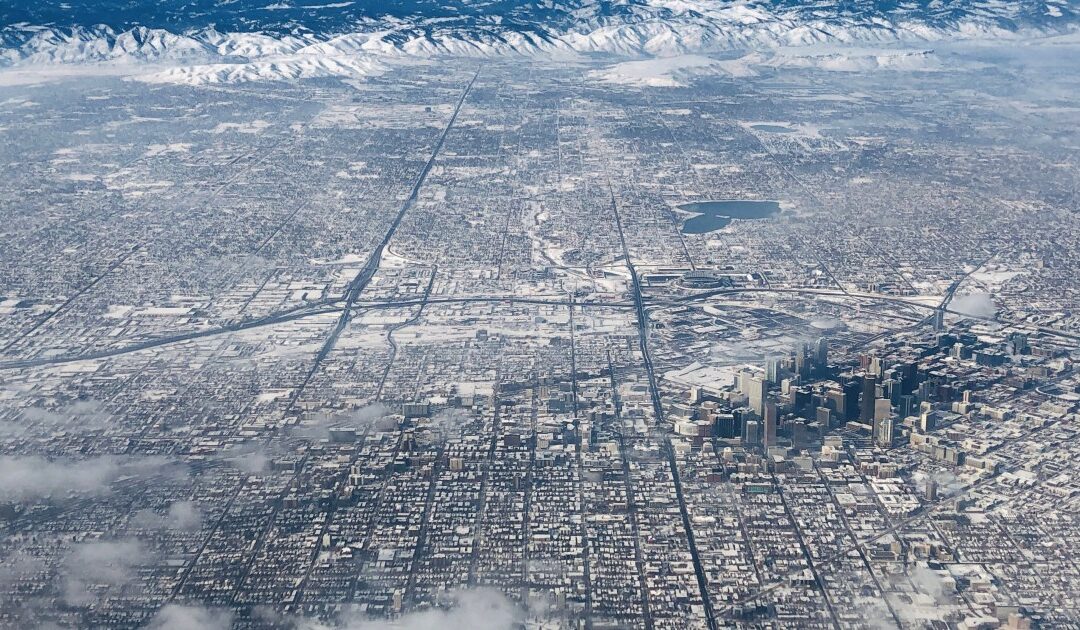 Officials in Colorado have been spending money to bring travel writers to the state. It’s a practice that raises questions for one media ethicist and, as an open records request has revealed, some journalists aren’t disclosing to their readers where the money came from.

Three travel writers from Austin, Texas arrived in Colorado with their families in July with action-packed itineraries given to them by Colorado’s state government.

Records obtained through an open records request reveal Colorado taxpayers paid most of their travel expenses for their roughly weeklong trips, which occurred when mask mandates were in place after a July spike in coronavirus cases.

Two of the journalists also received free hotel stays contributed by “industry partners.” The state arranged and paid for campgrounds for LeBlanc.

In return, the state got what it wanted: a series of stories in major publications promoting travel to Colorado, including one in the Statesman with the headline, “Colorado calling: 5 ways to beat the heat while social distancing in Glenwood Springs.”

“The journalist hosting program is how we’re able to keep Colorado top of mind in some of the best travel publications across the country,” said Abby Leeper, a spokeswoman for the Colorado Tourism Office.

The three travel writers from Austin are a small sample of a much broader program, which has used taxpayer money to pay for journalist getaways for several years. Leeper said the program has resulted in articles in major publications ranging from the Wall Street Journal to the Los Angeles Times.

According to the tourism office, the state paid $32,000 through the program last year, resulting in about 120 stories promoting travel to the state.

“And that equates to a media value of about $3 million and 40 million impressions. So to put that in a return of investment term, it’s about 94 to one,” Leeper said.

The state hopes the publicity they are gaining with the subsidized trips ultimately inspires other people to travel here and spend their money.

And Colorado’s track record of getting positive stories after subsidizing journalists’ trips continued during the pandemic.

The program was halted from March through May, but Leeper said the state felt comfortable bringing journalists back this summer after Gov. Jared Polis started relaxing restrictions.

Days after their trips ended, Texas travel writer Pam Leblanc wrote stories for the Houston Chronicle and the Statesman promoting her trip, and Statesman travel editor Kristin Finan published the piece promoting Glenwood Hot Springs as a place to social distance during the pandemic.

But readers who saw these articles were never told a state government provided the itineraries and paid for the writers’ travel expenses.

And newspaper editors who published the stories this summer are now raising concerns about the practice.

‘Outside of the ethics of our craft’

Al Tompkins, a senior faculty member at the nonprofit Poynter Journalism Institute, was surprised to learn about the details of Colorado’s journalist hosting program this month. He said the lack of disclosure in the resulting articles is a problem. He was also critical of reporters accepting reimbursement for travel expenses.

“We don’t let the source that we’re reporting on pay for our reporting,” he said. “And if, for whatever reason — and I can’t even imagine what it would be — we broke that general guideline, then you absolutely would have to disclose it to the public so that the public could know which lens to look through, what to believe and what not to believe.”

Tompkins, who has written ethics codes for journalists, said accepting money from a source is an “aberration.”

“It’s outside of the ethics of our craft, not embraced by it,” he said, noting that even journalists who are required to fly on Air Force One as part of their coverage of the president pay for those flights.

He added money can be seen as an outside influence in a story, and compromises a reporter’s independence and reputation.

Meanwhile, editors of the Austin American Statesman and the Houston Chronicle refused interview requests to talk about the travel stories they published as a result of Colorado’s journalist hosting program.

But when provided with public records showing the journalists had accepted payment for their travel expenses from Colorado taxpayers, the editors issued statements condemning the practice.

“We weren’t aware of this practice, and it doesn’t meet the standards we’ve established for our staffers,” Chronicle editor Steve Riley wrote. “We’ll be looking further into this issue to ensure freelancers follow the same standards.”

The Chronicle’s published ethics policy explicitly states the paper should pay for all travel expenses. “We don’t accept junkets,” it reads. “If a staffer is assigned to cover an inaugural flight, hotel opening, cruise or other press excursion, we should ask for and pay a fair rate for the travel.”

Austin American Statesman editor John Bridges said reporters must “remain free of potential conflicts of interest and financial relationships that might compromise the credibility of our reporting.”

“Accepting free lodging and/or reimbursements is a violation of our principles of ethical conduct,” he wrote. “We are investigating this matter and taking appropriate action.”

But the Texas journalists, including the Statesman’s travel editor, see things differently.

All three travel writers who recently participated in Colorado’s journalist hosting program also declined interview requests. But after they learned of the statements from the Texas editors criticizing the practice, they sent their own statements defending it as common and necessary practice in the industry.

“As a freelance writer writing about family travel for a newspaper which pays between $250-$300 per travel feature, it’s not financially feasible to visit multiple destinations throughout the year traveling with a family,” Statesman freelancer Mauri Elbel wrote. “The same applies to newspaper travel writers/editors on staff who have zero travel budget.”

She added that she views travel writing as different from investigative reporting and other beats, and she thought the investigation into Colorado’s journalist hosting program was a “non-story.”

“Media discounts are standard practice in travel journalism, and their use was approved in a meeting held with my managers several years ago,” she wrote. “I have never promised coverage or written about anything I didn’t truly believe would be of value to our readers, and I stand by my reporting, my stories and my ethics, as well as those of our freelancers.”

And freelancer Pam LeBlanc said without the reimbursements, newspapers like the Statesman couldn’t afford to get the access they needed for “first-hand coverage.”

She added she got approval to accept the reimbursements from an editor.

But Al Tompkins, the faculty member at Poynter, says dwindling budgets at newspapers should not be used to justify reporters accepting reimbursements.

“I understand these freelancers will say, you know, come on, I make next to nothing and there’s no possible way I could pay for it,” he said. “To which I would say, OK, I get that, but that still doesn’t answer the issue of independence. I understand this is something you couldn’t afford to do. Then maybe we just don’t do it. We don’t give away our reputation.”

Colorado Tourism Office director Cathy Ritter said the state does not get involved in the editorial decisions that are made after the journalists get home.

“Any journalist who participates in our journalist hosting program has complete editorial freedom to convey whatever opinion they have of their experience and to report it in the manner that they believe is true,” she said. “And so there is never any interference from our office and trying to influence the way a journalist reports looks in experience they have.”

She also said she was not aware the Chronicle and Statesman have ethics policies that prevent their writers from accepting the types of reimbursements that Colorado pays out.

“As a former journalist myself, I would never ask a journalist to do something that is not ethical,” she said.

But it isn’t clear how many other publications like the Houston Chronicle are unknowingly publishing articles in violation of their ethics codes from writers who have had their travel expenses paid for by a government.

And the recent revelations appear to put the future of an unpublished story resulting from Colorado’s journalist hosting program in doubt.

Travel writer Mauri Elbel, who accepted $2,091 in reimbursements for her recent trip to Colorado, said she submitted her story to the Austin American Statesman, as the tourism office expected she would. But the executive editor’s statement against reimbursements suggests it may not be published in the newspaper as planned.

The state tourism office said Colorado has hosted about a dozen journalists since the start of the pandemic, and the trips are important because they are part of an effort to boost the tourism economy.

The state declined to provide a full list of the journalists they have hosted since February. It also said it would cost $606.25 to do the research to fulfill an open records request seeking all of the invoices for those dozen trips. They provided three itineraries and invoices at a cost of $6. They said they host up to 50 journalists per year.

A review of recent stories resulting from the program shows that like the Texas pieces, most do not include disclosures to readers about Colorado’s financial involvement. A 2018 Lonely Planet article promoting Telluride as a destination was a rare exception, telling readers the writer accepted financial support from Colorado. It also included the following note to readers: “Lonely Planet contributors do not accept freebies in exchange for positive coverage.”

Following the publication of this story, a spokesperson for Gannett, the owners of the Austin American Statesman, sent KUNC an email saying disclosures about Colorado’s funding of the journalists travel expenses have been added to their stories. The disclosures were not made prior to the reporting of this story. Gannett also said it will not be publishing the unpublished story from a Statesman freelancer that was mentioned in this story.