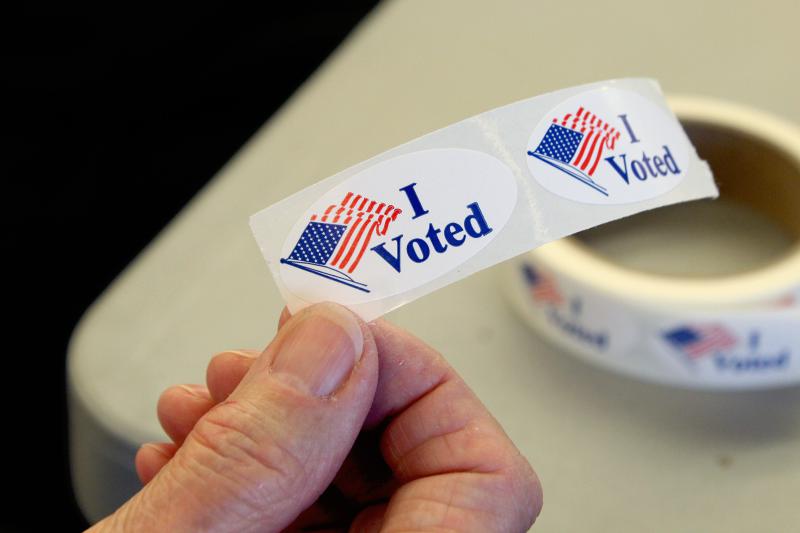 Photo: Colorado is holding a presidential primary for the first time in 20 years. But the state will still hold caucuses as well. Credit: Jackie Hai/ KUNC

Americans saw the flaws of a presidential caucus this week after vote totals in Iowa were delayed by technical glitches. The complexity of a caucus is one of the reasons why Colorado is back to conducting a primary.

Morgan Carroll, the chairwoman of Colorado’s Democratic Party, thinks the switch will have additional benefits.

“I think it means more people will be engaged earlier, and more people will have a say in what kind of representation we send from the state of Colorado,” she said. “One of the reasons Colorado moved from a presidential caucus to a presidential primary is because more people participate. And even on great caucus turnout years, it’s always smaller than if you have a publicly held election.

So, instead of picking a candidate in a school gymnasium or cafeteria, most voters will simply mail in a ballot. Colorado’s 1.4 million independent voters can also participate. They’ll be able to select Democratic or Republican candidates – of which five are challenging President Trump.

“Because of that, the numbers of people participating in this presidential primary will be exponentially greater than what we would anticipate in a normal caucus year,” said Judd Choate, the elections director for Colorado’s Department of State.

The state’s primary is part of the larger Super Tuesday contest on March 3. Gov. Jared Polis thinks it could give the state more influence this election cycle.

“We hope that many of those candidates will come to Colorado, will stay in our hotels, will buy things in our stores and some of them have entourages too, so we’re excited this will help promote Colorado on the national map,” Polis said when the date was announced.

Carroll agrees. But she said there are also a few downsides to contend with.

“Now, there’s also other states, more states doing Super Tuesday,” she said. “So, they’ll definitley have to decide, ‘OK, which states are we going to show up to?’ But there’s almost no scenario where I don’t see Colorado being a high priority in the Super Tuesday states.”

Carroll also thinks having a primary over a caucus can actually change the outcome of the race.

“You need more money as a candidate to reach out to a broader electorate with a vote,” she said. “In a caucus system you can do a lot of grassroots organizing to get your delegates in ways that don’t require more money. But to really compete with an entire primary electorate, and in a state that allows unaffiliated to participate, that is a much, much bigger voter universe and you do need more resources to participate in a primary than a caucus.”

Which might explain why Colorado residents are hearing so many Mike Bloomberg ads when they turn on the TV.

The former New York City mayor has spent more than $4 million on ads in the state, well above what others are spending. But frontrunners are showing up as well, including Pete Buttigieg and Bernie Sanders.

“It’s a slightly different calculus with a primary where the electorate is going to be broader and where those type of mass media campaigns make more sense where the pool of potential voters is larger,” said Mike Franz, a government professor at Bowdoin College in Maine.

Maine is also switching to a presidential primary this year. Franz thinks more and more caucuses are starting to disappear.

“In a world where all sorts of participatory acts are declining, where we’re busier, where people are more isolated and not as invested in these activities, the inconveniences of the (caucuses), and not just the sort of mechanics of counting the votes in Iowa, but also long it can take and how busy we are and how it’s not conducive to young families and so on, certainly pushes us toward a primary,” he said.

But the caucus is not dead in Colorado. Carroll says it will be especially important this year.

“It will be the process by which every other candidate going through the assembly process will wind up in the Democratic primary ballot,” she said.

And that includes the race for U.S. Senate, where former Gov. John Hickenlooper and former House Speaker Andrew Romanoff are among nearly a dozen candidates competing for the chance to take on Republican incumbent Cory Gardner.